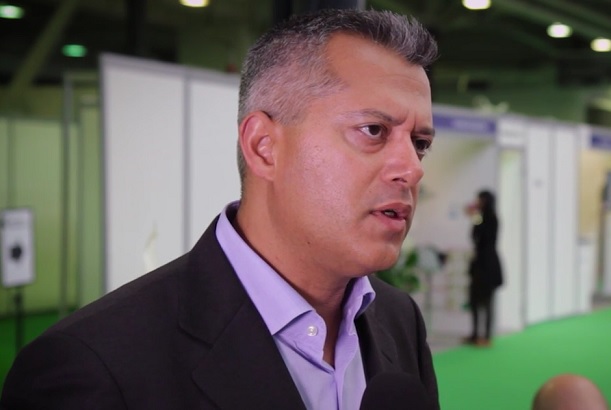 Increasing certainty around what 5G will look like has made 2017 a turning point for small cell investment, according to BT’s Director of Converged Networks, Research and Innovation.

Speaking to Mobile Europe at the Small Cells World Summit in London this week, Mansoor Hanif suggested that until now there had been some anxiety around investing in small cell rollouts due to a 5G architecture that was “too vague”.

But he claimed that the last four months have seen major progress in providing a roadmap for future-proof small cells, which could ensure the densified networks that the technology's vendors are hoping will fuel investment across Europe and beyond.

He said the year has seen major work from 3GPP and the overall ecosystem, in particular around areas such as splitting RAN and new radio, which have given BT some certainty in this regard.

Crucial developments this year include the 3GPP RAN Working Group’s agreement upon an intermediate milestone for 5G New Radio in March. The standard is expected to enable 3GPP-based trials and deployments of 5G as early as 2019.

“In the next 12 or so months, when we’re getting ready for 5G, we can still build solutions that are future-compatible with 5G,” said Hanif.

He said the remainder of 2017 would clarify further what 5G will look like. He said it would be another six to nine months before the industry reaches the point when “whatever path you take on 5G, a small cell solution can be rolled out today, and while it may not be plug and play a large part of it can be used for 5G”.

BT’s small cells projects have so far been focused on improving coverage rather than capacity. EE’s eye-grabbing “air masts”, for example, are expected to connect rural areas as the operator looks to meet its 95 percent coverage target.

But the shift from LTE to 5G and the higher speeds associated with it will require a more modular network that is more local to the customer, Hanif said.

In this regard, he views the UK market as fortunate in being a slow adopter of 4G.

“Before we go on the big push for small cells, especially for indoor, [we can] make sure that it is future-proof,” he said.

Hanif’s comments about the UK market come as the volume of small cells shipped in Asia and North America are increasing but European growth remains elusive. According to Small Cell Forum figures, Europe will account for 14 percent of total shipments in 2017 compared to 58 percent in APAC and 20 percent in North America.

Nokia’s Randy Cox, Head of Product Management for Small Cells, says that Nokia’s sales have doubled in a year, but admits that European operators have been significantly lagging behind counterparts.

However, Marko Babovic, Head of Product Line Indoor at Ericsson told Mobile Europe that the vendor has “not seen any kind of anxiousness from customers [who have been] waiting on new technologies in order to start investing in indoor small cells”.

Despite the European market's relative weakness, Ericsson has worked with operators across the continent, including a deployment with Vodafone at Radboud University in the Netherlands. Vodafone has deployed 1,000 indoor and outdoor small cells in the country, while its Turkish opco is launching projects to boost coverage at key venues. There have also been deployments by Telefónica.

David Orloff, Chair of Small Cell Forum, also noted that the majority of small cells today from major manufacturers are capable of supporting specifications that are expected to constitute 5G.

But according to Hanif, while BT's position has changed, it is impossible to ensure a technology is future-proofed for something that has yet to be fully defined.

He said: “In addition to the above increased visibility on the 5G RAN architecture we also have developed our thinking on expected throughputs, operational requirements, deployment strategies etc, all of which have a major impact on whether a small cell deployment is necessary and future-proof.

“On all these aspects the uncertainty level has reduced and in addition the flexibility offered by virtualised solutions for the RAN and backhaul/fronthaul has increased, thereby reducing the risk.”