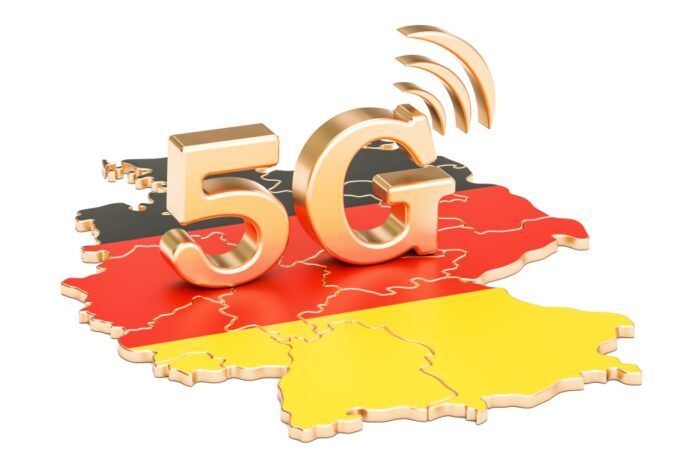 More than half of Germany has 5G coverage from at least one supplier, says the regulator Bundesnetzagentur, but Telekom Deutschland will soon be able to connect to 90% of the population.

At the last count by the Federal Network Agency, conducted at the end of October, 53% of the country was capable of receiving 5G signals, according to its survey data.

Network operators initially used the frequencies in the 3.6 GHz bands, which they bought in the 2019 spectrum auctions, to bring 5G to metropolitan areas of Germany. The regulator noted that high speeds are only available to the public in urban areas.

The existing 4G infrastructure was used for 5G and the cellular spectrum is split between the two technologies as required, its report said. Nearly 96 per cent of Germany now has 4G coverage, according to the regulator’s figures.

The German shutdown of 3G technology, which started in early 2021, is almost complete. “At the end of October 2021, around 13.3 per cent of the territory was still covered by 3G,” the regulator reported. Telekom Deutschland and Vodafone Germany switched off their 3G networks completely in the summer. Telefónica is expected to have completed this step by January 2022.

“The frequencies freed up as a result [can be used] for the more powerful 4G and 5G networks,” the regulator added.

In November Vodafone Germany said its 5G network could reach 35 million people, which is ahead of its original ambition to service 30 million Germans with 5G by the end of this year.

In November Vodafone Germany launched its 5G Standalone (SA) network, claiming it could connect 60 million people by 2023. The network building project was to be led by its partner Ericsson, which would convert all 10,000 of Vodafone Germany’s 5G antenna to 5G Standalone antennae. It also announced a major power-saving green initiative, using Ericsson’s energy-efficient antenna. Other partners in the project include Nokia, Qualcomm and OPPO.

Vodafone has already upgraded 3,000 of its sites to SA 5G. Its new network building has concentrated on the metropolises of Frankfurt, Berlin, Hamburg, Munich and Düsseldorf. It said it aims to have 4,000 live sites in its 5G SA network by the end of the year.

Telekom Deutschland recently claimed that 87% of households can now access its 5G network. Its MD of technology Walter Goldenits said it will launch its 5G Standalone (SA) network on a use case basis.

Telekom Deutschland will continue to use the 3.6 GHz band for 5G building, said Goldenits, who admitted it will take time to reach certain areas in the country.

Telekom Deutschland has used the 3.6 GHz frequency to bring 5G to 50 cities across Germany, using 1,800 antennas. It expects to deploy a total of 60,000 5G antennas by the end of 2021 to provide this technology to 90 per cent of the country’s population.