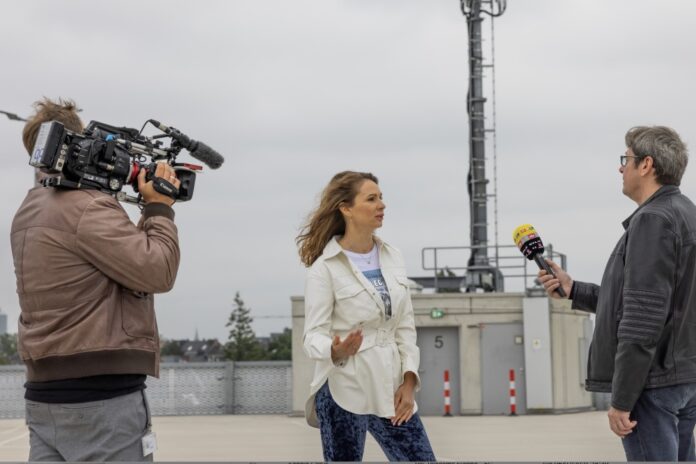 Look (almost no cables), no outside broadcast trucks, no wire tether for camera operator, new perspectives for viewers.

The operators collaborated with German TV giant RTL, which equipped TV cameras with 5G SIMS technology that sent live TV signals back to the RTL’s production centre for immediate broadcasting.

He added, “Live images can be transmitted spontaneously and at any location directly from the camera to the broadcasting centre via our real-time network”.

Equipped with 5G technology, in future reporters will be able to report on major events and current events even more spontaneously and more flexibly and transmit live images directly from the location.

Also, camera signals can be processed in a virtual control room so that production can be carried out from many different locations. This is particularly advantageous when images of unpredictable events are to be transmitted in places where there is no fixed space for an OB van, and insufficient power supply.

As it will be possible to broadcast from far more venues than previously, as there are not the space and power restrictions, traditional terrestrial broadcasters will get a boost in their fight against the streaming services by broadcasting sporting, music and other events live.

The infographic shows how a live sports broadcast makes it to your TV via 5G. 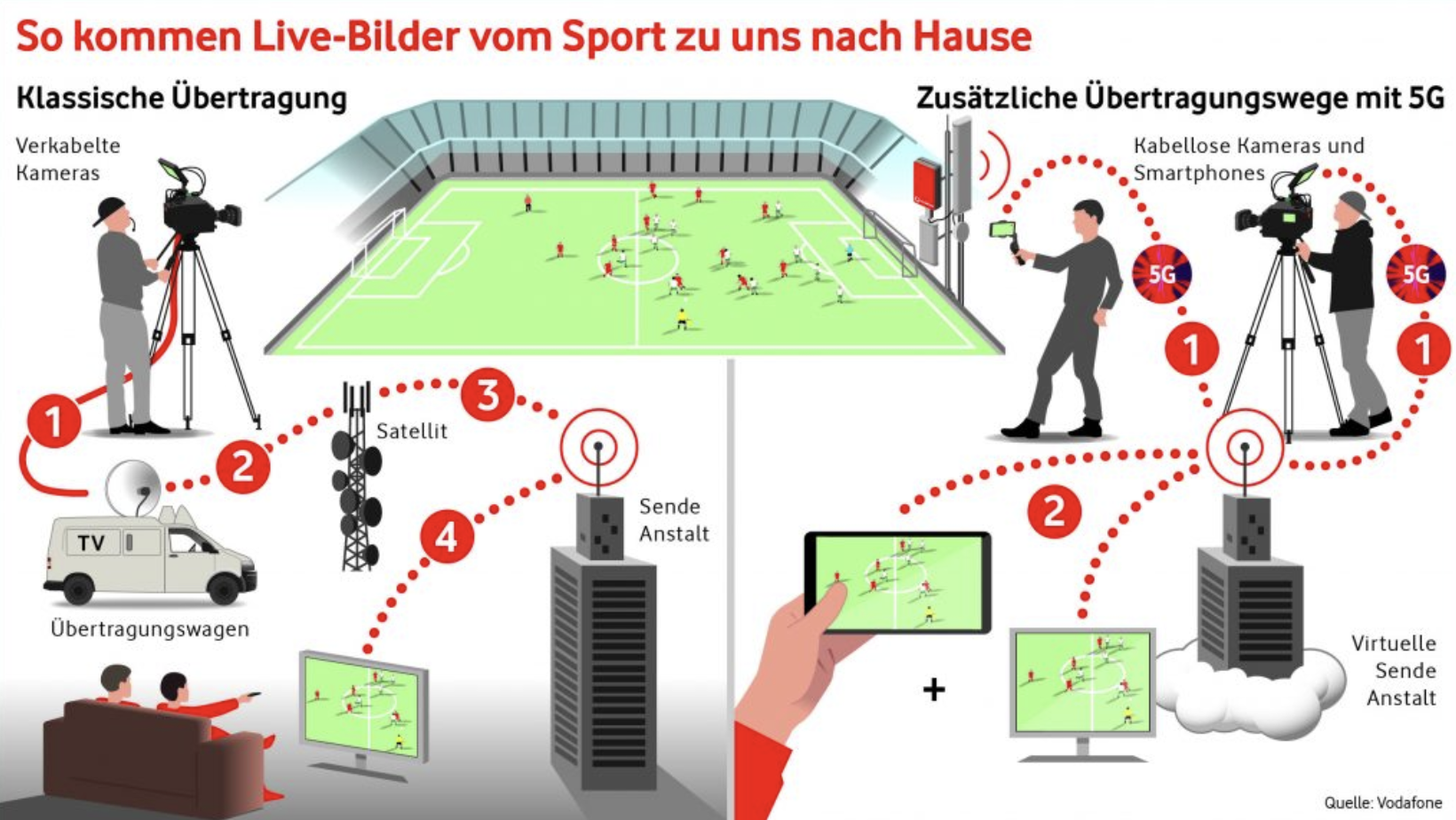