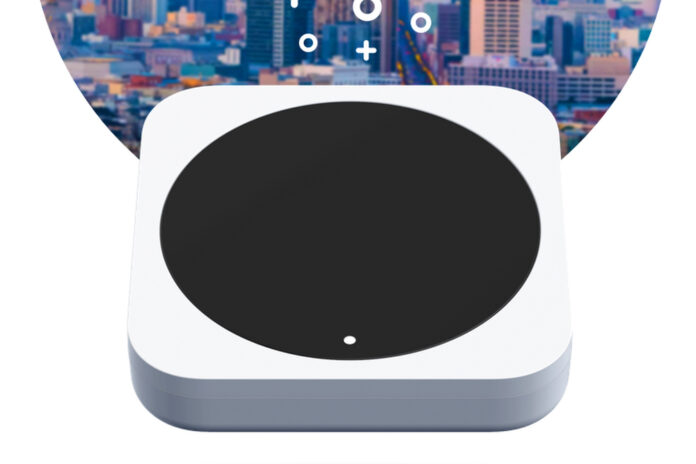 Helium was set up by Shawn Fanning, one of Napster’s co-founders, and Amir Haleem, formerly a professional video gamer, in 2013.

Its alternative business and operational model is to sell hot-spot nodes to individuals.

Since last year, it has rolled out infrastructure in 1,000 cities in North America and launched in Europe last week, and will charge €450 to consumers who agree to plug nodes into their broadband.

The payees receive a cut of the revenues made by the network plus the device mines Helium’s own cryptocurrency.

The company claims it can provide coverage of an entire city with between 50 and 100 nodes.

The network is used for multifarious purposes, from tracking dogs and monitoring water coolers and soap dispenser

It is backed by funding of $51 million from Google, Khosla Partners and Marc Benioff who founded Salesforce.

Vodafone is widely seen as the leading operator for IoT, but others have struggled with the business case, which is all about cost and scale.

Earlier this year, NTT DoCoMo mothballed its NB-IoT (which uses cellular networks) business barely a year after launch, while DISH in the US canned its NB-IoT efforts to concentrate its resources on 5G.