Mozilla turns on Flame for developers 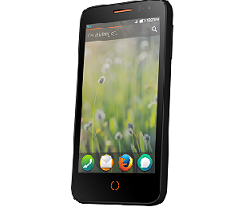 Mozilla has opened preorders on its first reference device for developers working on apps for the digital company’s Firefox OS.

The Firefox Flame is being built and distributed by T2Mobile, who will also update the device.

Mozilla is releasing the handset because to date it has not offered a reference device for people wanting to build apps. A spokesperson said: “The Flame is representative of the mid-tier phone hardware Mozilla and its partners are targeting over the coming year.”

Developers are able to ramp up the RAM to 1GB or dial it back to 256MB, to see how apps perform on phones with a smaller memory capacity. The handset runs on a Qualcomm MSM8210 Snapdragon, 1.2GHZ dual core processor. It has a 4.5 inch FWVGA screen and 5MP camera.

The spokesperson added: “The Flame will also be a great development and testing environment for third party app developers targeting Firefox OS and HTML5. The phone offers a software configurable RAM option that can be made to emulate many different devices that will be commercially available later this year.

“Our partner, T2Mobile will provide the the Flame with updates to each new major version of Firefox OS and a simple mechanism for switching between different release channels that offer Nightly builds that will keep you at the forefront of Firefox OS development.”

The Flame was first announced in February and can be pre-ordered from the Ever Buying website, priced $170 (€124.80).

The OS project was launched in the middle of 2011 as Boot to Gecko, before be rebranded after the Firefox web browser the following year.

It is aiming for entry level handsets, with one device costing as little as $25, and has received the backing of operators including Deutsche Telekom, Telefónica and Telenor.

Alcatel-Lucent, Huawei, LG and ZTE are among the smartphone makers that have built devices running the OS.