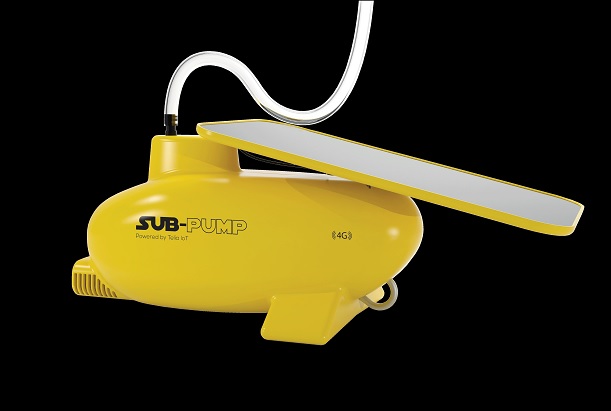 Telia’s Norwegian opco has partnered with a local start-up to equip boats with solar-powered pumps to automatically get rid of water from the vessel, as the operator announced new plans to open the IoT to more partners.

The operator said the SUB-pump is the first deployment of NB-IoT technology at sea. More than 60 prototypes have already been sold since the project started in spring last year.

The commercial device was formally launched at last weekend’s Sjoen for alle boat show in Lilleström, Norway, and also comes equipped with a built-in battery, sensors, GPS and an NB-IoT module.

In taking the Internet of Things to the sea, Telia Norway has added to its quirkier implementations of connected devices.

In December, it announced a smart farming project that fitted sensors to water sprinklers and tracked irrigation systems remotely. It also used NB-IoT modules in a project that was described as “a new industrial revolution” and fitted NB-IoT sensors underneath parking spaces in Oslo as part of a new smart parking scheme.

Rival Telenor Connexion has a similar project in place, which is planned to launch this year.

Meanwhile, Telia Norway said it wants to build a “digital toolbox” that will make it easier for companies to launch IoT projects.

It is combining its open platform with Disruptive Technologies’ range of sensors, which are as small as a stamp in some cases, to produce a new Developer Kit for enterprises.

He added: “For Telia, it is very interesting and inspiring to collaborate with Disruptive Technologies. We are speeding up our journey from being a pure telco company to becoming a technology company, and we want to enable others to create value with digitalisation.”