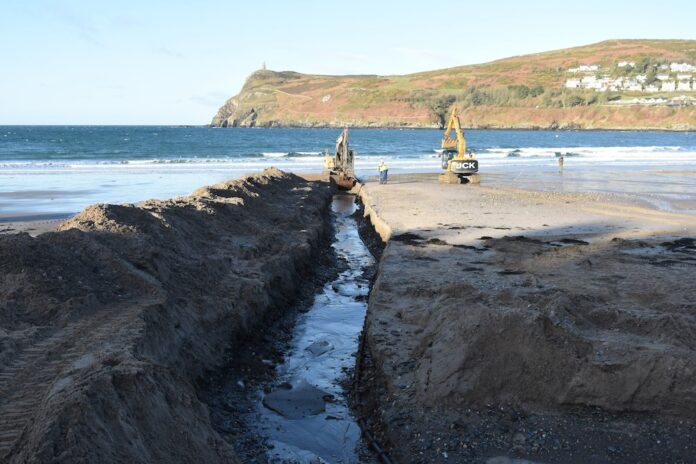 The government of the Isle of Man has cleared away a huge skillet of Queen Sea Scallops, one of the islands main exports to date, to make way for a subsea cable. The symbolic displacement will help the island’s thriving Fintech, online gaming and e-sports, as one type of net-enabled export industry makes way for another. The molluscs were moved so that Irish service provider Aqua Comms could terminate the new Celtix-Connect 2 fibre optic cable bundle in the islands that comprise the Crown Dependency.

The link is part of a wider strategy to develop a North Atlantic Loop linking with Ireland and the UK, with onward connections to continental Europe and the US. The high-tech cable is the seventh to link to the Isle of Man, since the unique tax and legal status of the tiny Crown Dependency has made it home to a thriving data centre and hosting industry. It has a disproportionate number of online gaming, e-sports and fintech companies for such a remote civilisation with a population of 80,000. Until recently, it’s chief netting activity involved hauling marine molluscs on shore.

This installation, which was originally scheduled for 2020 but hit by pandemic complications, is now complete with 47 miles (75km) of fibre optic cable laid in Manx waters and connected to two landing points on the Isle of Man, in Port Erin (pictured) and Port Grenaugh.

Following the Isle of Man’s successful connection to the Celtix-Connect-2 subsea cable system, there are now seven undersea cables connecting the Island to global data networks. The cables have the capacity to future proof the Island’s connectivity, according to Alfred Cannan, the Isle of Man government’s chief minister for Enterprise. As 99% of global data travels in undersea cables it’s essential that the island has access to multiple cables to ensure continued connectivity should a cable be damaged, said Cannan.

“The development of sustainable telecoms and off-island connectivity is one of the key priorities of the Island Plan and helps to create a supportive environment where the economy thrives,” said Cannan.

Aqua Comms worked closely with the Isle of Man Government to install the new Celtix-Connect 2 cable, as part of its wider strategy to develop the North Atlantic Loop, said Richard Oliphant, Head of Digital Infrastructure and Telecomms for Digital Isle of Man. “Our connection to the Celtix-Connect 2 subsea cable is critically important for business,” said Oliphant.

The Isle of Man is unusually technically advanced for such a remote outpost. Aqua Comms was particularly impressed with the Isle of Man’s Digital Agency (DA), said Kevin Foley, Chief Financial Officer of Aqua Comms. “The DA played an important role, helping us to secure this project. Its connectivity makes the Isle of Man a [beacon] for the technology industry,” said Foley.