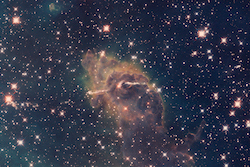 SoftBank subsidiary Brightstar and mobile back-end provider Kii have paired up to create a new global ecosystem aimed at accelerating the go-to-market time of IoT products.

The open platform, which the companies have labelled “Space: The Infinity of Things”, hopes to connect IoT developers and device manufacturers to mobile operators and retailers though Brightstar’s network.

The companies believe the new ecosystem will help get “smart” devices into the hands of consumers more quickly by using Kii’s ongoing partnership with Chinese e-commerce firm Alibaba.

Companies that deploy using Space will be interoperable on Alibaba’s IoT cloud network, Brightstar explained, through which they can gain access to markets in both China and the rest of the world.

Manufacturers will be able to leverage the reach of Brightstar’s worldwide network to help them “establish new points of entry” to the Internet of Things.

Operators can then connect with global IoT developers and manufacturers in order to better position themselves as “smart” device retailers, while also benefiting from the scale that Space provides, Brightstar claimed.

The news comes after Samsung launched its own IoT platform this week.

Masanari Arai, CEO of Kii, said: “We’re providing device manufacturers, service providers and developers with all the enabling tools and services they need to quickly and economically build successful connected solutions from the idea/prototyping stage all the way to production operation, [after which] Brightstar can manage their distribution.”

Brightstar said it is already working with a number of “prominent” partners through Space, including SoftBank Mobile and South Korean telco LG Uplus.

Atsushi Taira, Brightstar’s Chief Planning and Optimisation Officer, commented: “We are in the ideal position to facilitate collaboration in the IoT market within the mobile industry.

“Our goal is to accelerate the go-to-market process of these innovative products by connecting operators and retailers with the right mix of IoT devices at affordable price points for consumers.”

A report from Berg Insight last month predicted revenues from the IoT platform market to top €2.4 billion by 2020.

Video: Operators need to broaden horizons to win at IoT