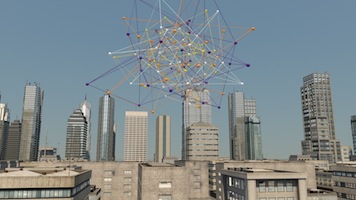 NSN has launched a new 3D mapping service to aid the deployment of small cells, as well as enhancing its Single RAN Advanced portfolio.

The mapping product has been added to NSN’s Services for HetNets range and the vendor said it “substantially” reduces time spent conducting site surveys and drive testing.

It claimed the product gives more accurate results for predicting radio and microwave backhaul propagation in urban areas than using more conventional methods such as flat and low resolution maps.

The 3D maps have a resolution of several centimetres, which aids planning for base station sites that lack a direct line of sight for microwave backhaul to the core network.

While a network could deploy an indirect non-line of sight connection instead of extra transmitters and receivers, it is harder to plan the correct latency, resilience and bandwidth.

NSN said the new product cuts the time required for microwave backhaul planning by a third and also models radio frequency propagation in urban areas. The latter can be used to forecast cell coverage and account for interference from macrocellular radio too.

Lorenzo Minelli, Head of Radio Service Solutions, Network Planning and Optimization at NSN, said: “Conventional simulations using 2D maps often fail to fully take into account the complexity of the urban landscape, such as the height of surrounding buildings which can obscure microwave paths and impact the propagation of radio signals. This leads to operators paying for costly and time-consuming site surveys.

“3D based simulation is able to spot potential issues and reduce site visits markedly while also improving the first-time success rates of small cell location and the chosen backhaul.”

“Running three different networks simultaneously often means rising costs, and compromised performance given the increased risk of error. Our latest features simplify base station sites and their operations, slashing costs and freeing up 55 percent of the spectrum for HSPA/LTE refarming.”

Among other enhancements, the Flexi Multiradio 10 Base Station 6X60W radio frequency module now allows a three sector site with LTE MIMO 2×2 to be deployed using one radio frequency hardware unit.

NSN has also increased the RF connectivity of the Flexi Multiradio 10 Base Station, supporting three times as many RF ports compared to previous models.

Meanwhile, it brought together its Common Base Station Operations, Administration and Maintenance into one entity, which it said would make it easier to build and run GSM, WCDMA and LTE base stations.

Finally, the vendor has upgraded its common IP backhaul product, with a single transport function that supports the rolling out of single sites. GSM, WCDMA and LTE base station sites now appear as one IP host on the transport layer, which NSN claimed makes IP addressing, QoS and IP security more flexible.