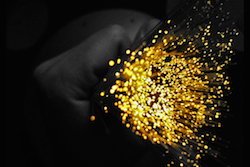 UK mobile operator O2 is turning to fibre as it looks to handle increasing data traffic from its 4G LTE rollout.

Zayo Group will provide and manage a 4,500km network running from Glasgow in Scotland to Salisbury in the south west of England. The network comprises 19 connectivity points and numerous mobile switching sites across the UK.

O2 said it has carried the equivalent of 5,400 Terabytes of data a year after launching its 4G LTE network.

CTO Adrian Di Meo said its 4G network now covers over 260 towns and cities, amounting to half the UK population.

However, in an independent survey that monitored network performance over the summer, O2 came third behind EE and Three. Only Vodafone performed worse than O2, which has the second largest customer base in the UK market.

The operator has over a million 4G customers but trails behind rival EE, which revealed this week that it has 5.6 million subscribers. Alastair Kane, European VP at Zayo, commented: “By moving this particular infrastructure to a dedicated fibre optic platform, O2 can manage their growth more effectively.”

The announcement comes 18 months after Telefónica UK sold its O2 and broadband and fixed-line business to BSkyB.

Speaking at the time, Telefónica UK CEO Ronan Dunne said the move would enable to operator to focus on developing its next-generation 4G LTE services.

Last week, O2 said it was deploying Cellwize’s elastic-SON product in a bid to enhance its network performance. The move means the UK will be the first territory where a Telefónica company will deploy a centralised self-organising network solution (C-SON).