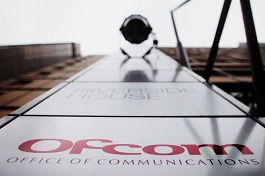 UK regulator Ofcom is looking at spectrum sharing and repurposing bandwidth to cope with the expected boom in data usage across mobile devices and M2M.

The regulator has published a policy blueprint outlining how it will manage spectrum during the next decade. The British Government has said that it wants to double the contribution spectrum makes to the UK economy to €121 billon by 2025.

Ofcom identified six priorities for the years ahead. The first was looking at how mobile data demand will affect other spectrum users. It said it would explore providing more spectrum purely for mobile data usage, supporting the improvement in coverage and following the developments of 5G technology.

The regulator is also looking at changing the bands that digital terrestrial television use. It is currently exploring how spectrum in the 700MHz band could be freed up for mobile broadband use.

Its third priority is to assist the British Government in freeing up 500MHz of spectrum from the public sector. The UK’s Ministry of Defence is working on releasing spectrum in the 2.3GHz and 3.4GHz bands.

The regulator said it was looking to enable licence exempt access to the 870-915MHz band, to help support innovation in the M2M sector. It added that other priorities would be looking at how to deliver wireless communications for the emergency services, as well as talking to programme makers and events companies to find out their needs for wireless microphones and cameras.

Ofcom said spectrum sharing could pay a key role in meeting data demands. It is in addition to its existing work on freeing up white spaces used by television companies for use by other organisations.

Ofcom CEO Ed Richards commented: “As we move to an increasingly digital infrastructure across our economy, it is wireless services which offer some of the most exciting opportunities for growth and innovation. Our spectrum management strategy is aimed at ensuring the regulatory approach helps the UK to take as many of these opportunities as possible.”