Operators’ future remains chained to the past, LTE summit hears 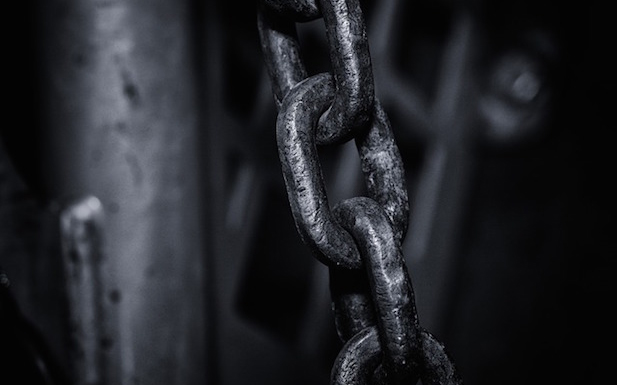 LTE World Summit, the industry’s annual examination of 4G and where the market is heading, generally looks to the future. However, this year’s conference has been dominated by the past.

As the industry discusses 5G, including finally tackling that tricky question of what it is (or isn’t), delegates at the Amsterdam conference were told that they needed to deal with their legacy infrastructure, including software, hardware and business practices.

Erik Hoving, KPN’s refreshingly blunt CTO, said the entire industry still faced a challenge in unpicking the “rich spaghetti of core networks”. He commented: “As an industry, we need to simplify what we have and fast.”

Hoving advocated that 5G should be a step change from LTE rather than an evolution of existing technology. He said: “If we make 5G an incremental step on from 4G we are going to fail.”

This was a perspective that split opinion. Tommi Uitto, Nokia’s Senior Vice President, Global MBB Sales, said there was too much in the background for operators to ignore. According to Uitto, the step towards 5G needs to incorporate what has come to pass since the days of 2G.

He told Mobile Europe: “There’s a question of whether 5G is an evolution or revolution in connectivity. Some of the industry has converged on the view that it’s an evolution on the mobile network side. Networks can’t switch off what they have overnight so this will be an improvement on the existing radio interface.”

One issue identified by several players was that of 2G and M2M, the old way of describing the Internet of Things that will form part of 5G networks.

Mansoor Hanif, EE’s Director of RAN Development and Programmes, said: “There’s still a lot of 2G devices out there, especially in M2M. Those devices give us one of the biggest challenges because we don’t know where they are.” It was a view also shared by Nokia’s Uitto.

Legacy systems and ways of working must be cut through in order to make operators more efficient. Hanif observed this complexity of legacy systems was one of the main ways operators were being held back, compared to OTT players.

Hugo Lenssen, Senior Product Manager, Products and Architects at KPN, illustrated this complexity when discussing the company’s shift to VoLTE.

The operator recently held a trial with 120 users, with an external trial to follow later this year.

KPN, with an LTE population coverage of 99.2 percent, is well positioned to roll out VoLTE. However, Lenssen confessed that he had to get 25 departments on board, meaning 25 managers. Without that support, the project would never have got off the ground, he claimed.

Lenssen said: “VoLTE isn’t just a tech transformation. The whole organisation needs to go through a learning curve of new architecture, how to use it and how to fix it when things go wrong.”

Virtualisation has been seen as a way for operators to realign their networks, speeding up the time to market and adding some much-needed agility to their operations.

One of the technology’s advocates, Doug Soriano, SVP and General Manager at Oracle, said it was facing technical difficulties around dealing with the multiple layers of a network.

He said: “[Virtualisation] is there but it needs to be applied thoughtfully.”

The issue of legacy also raised its head. Dubois said: “Services without a legacy will be the easiest to implement without virtualisation. When we bring in the legacy that’s where the issues are created.”

KPN’s Hoving delivered a much more X-rated assessment, saying: “If you virtualise shit, you end up with virtualised shit.”

Next year, the conference will be rebranded the 5G World Summit and that announcement yesterday morning lent the conference a bit of a lame duck air. The promise of virtualisation and the Internet of Things, “the nerve centre for humanity” as Nokia puts it, is there, albeit several years down the line.

LTE has been deemed a success, in terms of customer numbers and how it has transformed usage. Orange’s Alain Maloberti, Senior Vice President of Network Architecture and Design, said the industry should continue to serve as many customer needs that it can with LTE. But he warned the industry cannot “sit still” and wait for 5G to land on its lap.

The industry knows where it has to get to and where it is. The journey between those two points seems fraught with difficulty as operators struggle to untangle themselves from legacy networks and transforming their business.

And that’s before we take the bottom line into consideration. As EE’s Hanif posed in this gloomy rhetorical question: “Is the only way we can make money by cutting costs or consolidation?”