More
HomeNewsOperators "too pricey and too outdated" for IoT
News

Operators “too pricey and too outdated” for IoT 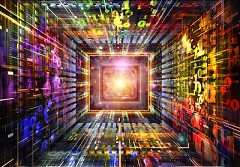 Operators’ role within the Internet of Things market could be threatened by a focus on outdated and overly expensive mobile technology, delegates at Cambridge Wireless’ Future of Wireless conference have heard.

In a wide-ranging discussion about the opportunities of the IoT sector, Paul Green, Arkessa’s Marketing and Technical Director, argued that while there is talk of new technologies and standards, nothing is actually new. “We are just doing things in a different way,” he said.

He cited the Industrial Revolution in the 19th century, where a disparate range of industries was united by the backbone of the railway and canal networks. He said the same thing stood today, just with a modern spin.

Despite the hype, Green thinks the world remains a long way away from the promise of the IoT world. He said fears about just who is accessing your data, whether governments or hackers, was a particular concern of the private sector.

This means that instead of the Wild West promise of the early days of the internet, where a disparate range of players were all connected through a unified portal, enterprises were instead bunkering down.

“The key thing is there’s a real buzz but it does require an open exchange of ideas rather than bringing data together into major silos for the use of a few. That scares the life out of me,” Green said.

An optimist’s view of the IoT space is that because things are so uncertain so early on, it could be anyone’s game. However, William Webb, CEO of the company behind the Weightless IoT standard, was unsurprisingly pessimistic about operators’ chances.

He said while it would be fair to assume operators were well placed, because of scale, branding and technology, things were more complex, ironically because of the simplicity of requirements for the IoT sector.

He argued because of the basic requirement for connectivity in the IoT area – “IoT is about connecting sensors to databases” – operators were overegging the pudding with the likes of LTE.

But he said advances in mobile technology, offering low latencies and high data speeds, were precisely what enterprises did not need, because of the high cost per unit.

Suggestions that 2G could serve as the best network for IoT were also wide of the mark, according to Webb, as they are between “two and five times more expensive” as other technologies.

He added: “2G is now 30 years old. So you are putting something into, say, a smart meter that is expected to run for 20 years. That’s 50 years by the end of its life. You wouldn’t run a PC for the same period of time. And that’s before you take into consideration operators wanting to refarm spectrum for spectral efficiencies.”

However, the discussion also revealed the UK’s own insecurities about whether it can play a central role in the IoT market. Green was optimistic, arguing: “One of the UK’s big advantages is we had some real activity with the internet itself in the UK and we do have a background of bringing things together.”

But as one delegate gloomily noted, the UK also has a great track record of missing the boat. So it was not just operators who are excited and fearful about the years ahead.