More
HomeNewsOpinion: how AI could really tie the smart home together
News

Opinion: how AI could really tie the smart home together 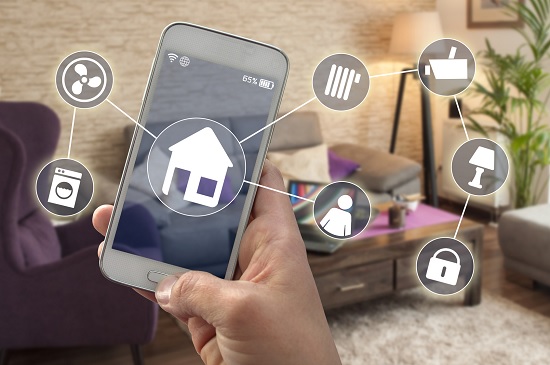 It is true that the smart home market is a hugely exciting place to be, with analyst predictions of enormous growth just beginning to come to fruition. The global smart home market was valued at around $24.10 billion even way back in 2016 and is expected to reach approximately $53.45 billion in 2022, a CAGR of slightly above 14.5 percent.

That promise of growth has certainly spurred manufacturers to deliver products, with a huge range of hardware devices entering the market. These have mainly coalesced into fairly familiar niches, aligning with consumer needs such as home security, lighting control etc, but some have developed entirely new consumer propositions.

Perhaps the best example of this is the rise of AI-powered smart speakers, both as devices in their own right, and as new control conduits for a whole spectrum of devices and services. This nascent development of what will soon be the personal digital assistant is a fascinating porthole into the future.

The popularity of AI-powered digital assistants is also certainly booming. A recent Gartner report predicts that 25 percent of households will use them as the primary interface for connected home services by next year. Major technology players are pursuing voice control with avidity, not only because it is a major factor in shifting the latest units, but also because AI assistants can and will increasingly perform a vital role in bridging the gaps between devices, services and products, which is where the smart home market really benefits.

One of the challenges that the smart home market has faced since its inception is that of complexity. A fragmented market, populated with large numbers of manufacturers pursuing different niche solutions, at different price points, target markets, geographical distribution and different technical standard adherence will always face this issue.

As well as considerable efforts to establish open standards and collaborate more widely, the potential of AI to blend together devices and services from multiple sources, accessed via the AI overlay, is not to be underestimated. The potential to remove consumers from the intricacies of technology offers much to all consumers, from tech savvy but time pressured millennials through to the older generations who might appreciate easier setups and usage.

One example is in leveraging AI for ambient-assisted living purposes, where the network of smart speakers in an average home can be activated by the user simply by saying “Emergency”, triggering a response. If the response is affirmative, then the service sends a pre-configured message to nominated people who can then “drop in” and activate two-way communication with the speaker. This gives an immediate voice link that enables the correct help to be delivered as quickly as possible.

Of course, the promise of AI and smart homes extends beyond the home itself – most notably into the connected car. As the numbers of traditional, ‘dumb’ vehicles continues to reduce, and the influx of highly connected, hybrid and fully electric vehicles rockets, there is a significant opportunity for smart home players here, one that has not yet been fully recognised. Amazon Alexa is set to be embedded into Toyota and Lexus cars, while SEAT recently announced that Leon and Ateca models equipped with satellite navigation will now come with Alexa onboard too.

Another example is Deutsche Telekom’s partnership with Volkswagen, which centres around Volkswagen’s Car-Net App Connect. The integration enables car owners to seamlessly control their Magenta SmartHome, which is based on Deutsche Telekom’s open, white label smart home platform, while away from their home.

Volkswagen drivers can control their Magenta SmartHome directly via their vehicle’s infotainment system. Using the control panel, the driver can activate or turn off pre-set scenarios while driving. For the scenario “coming home”, the lights in the driveway and house entrance would turn on automatically when the vehicle approaches, as the Magenta SmartHome app connects to the vehicle.

The changes that fully connected, ‘smart cars’ will bring to our homes and cities will be significant. From the electric charge points springing up across towns and cities already, to design changes in new homes to accommodate charge stations, and the expectation that home devices will be able to interface with the connected car, this is a genie that will not go back in the box.

Another genie that represents a significant challenge to all digital enterprises is that of data. Big data – and its privacy implications – is just the beginning of an exponential rise in data volumes, with many businesses still struggling to come to terms with the wider utility of data.

The new world of interlinked and networked devices offers new and exciting opportunities. Just one example could see insurance companies offering customers lower premiums and direct support from expert contractors when a leak is detected by smart home sensors. Meanwhile, smart thermostats linked to weather stations and in-house sensors can not only cut bills, but also provide key usage and price point data when searching for new utility deals.

Overall, the smart home industry is evolving rapidly, and while there are significant challenges to be managed in the immediate future, it is also true that even the most obvious potential has not yet been fully tapped. The most exciting elements of the future, where as-yet almost unknown data flows come together with smart assistants and a new generation of digital services, could well prove to be genuine generational watershed moments, where we see our way of life transform significantly for the better.