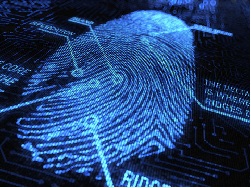 Pattern Analytics, a UK-based biometric and identity management start-up, has unveiled software that it claims can distinguish between real and counterfeit fingerprint images.

The solution has come to light following the news earlier this week that the fingerprint sensor on Apple’s new iPhone 5S smartphone was hacked by the Chaos Computer Club (CCC).

According to Pattern Analytics, real fingers have greater elasticity, sweat pores that open and close, and more defined ridges than the fake fingers used by the CCC.

Its researchers have achieved a 90 percent accuracy score in spotting a fake fingerprint with the new software, and can already see how this can be improved to a 95 percent.

“Ordinary fingerprint software does not have the ability to differentiate and recognise fake finger prints”, Dr Ederyn Williams, who is overseeing the research, told Mobile Europe.

“Our software comprises sophisticated mathematics algorithms and high resolution finger print detail that could be combined together to create a unique print.”

Dr Williams said the firm, which is being funded by the UK’s innovation agency, the Technology Strategy Board, had been contacted by various device manufacturers.

However, it has just completed the first stage of its research; a second research stage is due to be completed in 2014.

Dr Williams said that it is “only a matter of time” before other device manufacturers follow Apple’s lead.

He stressed that while incorporating fingerprint technology into smartphones has “changed the dimensions of security” as consumers would eventually turn their phones into “cash machines”.

However, he warned that the technology comes with disadvantages. “The manufacturers should be absolutely sure about security before it’s launched on a wide scale”, he said.