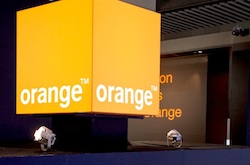 Orange has been voted the best 2G and 3G operator in France for the fourth year in a row, according to a new report by the country's regulator.

ARCEP said there were "sizeable" differences between the performance of the country's four operators as it gave Orange the highest score for telephone services and for most data services.

While rivals Bouygues and SFR obtained "comparable" results, both trailed behind Orange in terms of the number of indicators with an above average performance. Orange scored 213, Bouygues 75 and SFR 38.

Free Mobile, which is still deploying a 3G network, obtained "substantially poorer results" for a large number of indicators, added ARCEP, and only had an above average performance in two categories.

ARCEP measured 4G performance for the first time, although it said it would only compare operators' performance from its next survey.

The median 4G LTE download speed is 17.9MBps, compared to 7.2MBps on 2G and 3G networks. Upload speeds rise from 1.5MBps to 5.5MBps when a consumer shifts to 4G.

The regulator found while 3G speeds have increased by an average of 30 percent since a year ago, there were large differences between what the four operators can offer.

The median download speed for Orange customers is 9.3MBps, compared to 4MBps for Free Mobile and SFR.

Orange said it spent €302 million last year to run and improve its 3G networks, as part of a wider spend of more than half a billion euros on its fixed and broadband networks.

Delphine Ernotte Cunci, Executive Director of Orange France, commented: "For the fourth time, Orange has secured its place as the leading mobile network, far ahead of its rivals. This performance is a tribute to the work of our technical teams, which strive tirelessly to ensure our leading position in the voice and data sectors.

“I also see this achievement as an additional encouragement that will enable us to pursue our network investments for the benefit of our 27 million mobile customers."