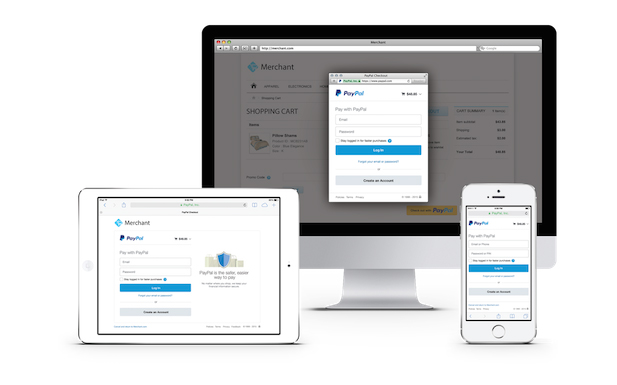 PayPal is expanding the availability of its One Touch payments service after revealing plans to bring it to 13 new countries.

From this week, the company will extend One Touch to several new European markets, including France, Germany, Norway and Spain, as well as Australia and Turkey.

The service, which PayPal said is used by “millions” of customers and more than half of the world’s top 500 retailers, allows PayPal customers to checkout quickly at participating online merchants using a mobile device.

Once users opt in to One Touch, they can pay for items at merchants that accept PayPal without having to re-enter billing details, a username or password.

The service is already available in the US, UK and Canada.

Eligible merchants in new markets will have One Touch automatically enabled for them, PayPal said.

The expansion of OneTouch will ratchet up the pressure on Apple, Android and Samsung, all of which are playing for the win in the flourishing m-payments market.

Bill Ready, SVP and Global Head of Merchant and Next-Generation Commerce at PayPal, called OneTouch “the biggest change to online shopping in more than a decade”.

He said: “[One Touch] is a faster, safer way for consumers to check out at merchant sites, whether in mobile apps, on mobile web or online - across platforms and payment types. Since launching One Touch, we’ve gotten phenomenal feedback from consumers and merchants alike.

“One Touch has led to a 50 percent or greater improvement in conversion of PayPal on mobile and we believe [this] ushers in a major upgrade in the way consumers and merchants will connect in the coming decade.”