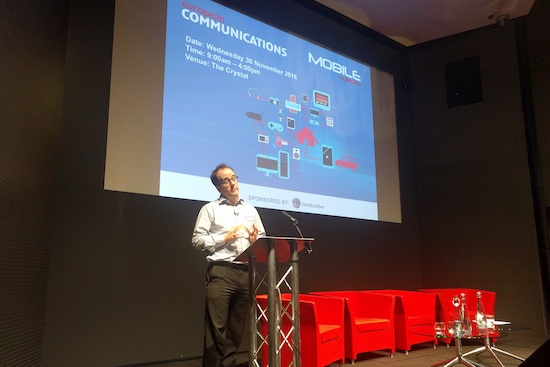 Differing approaches to the connected car, how LoRa will endure among operators and the challenges in making the Internet of Things work commercially were among the topics discussed at Mobile Europe/European Communications' annual IoT conference.

The event, which took place in London on 30 November, featured operators including Deutsche Telekom, Proximus, Tele2, Telia and Vodafone, as well an expert range of consultants and analysts.

All 11 videos from the event are now available to view on our YouTube channel.

Among the highlights were Jens-Peter Meesenburg, Head of Industry Solutions, Global IoT, who discussed how connected car approaches should also look at the hundreds of millions of vehicles that are currently on our roads.

Meanwhile, Vincent Hebbelynck, Head of Incubation and Corporate Venturing at Proximus, gave a case study of LoRa technology, which it has used to underpin its IoT networks and is now under threat by the emergence of NB-IoT.