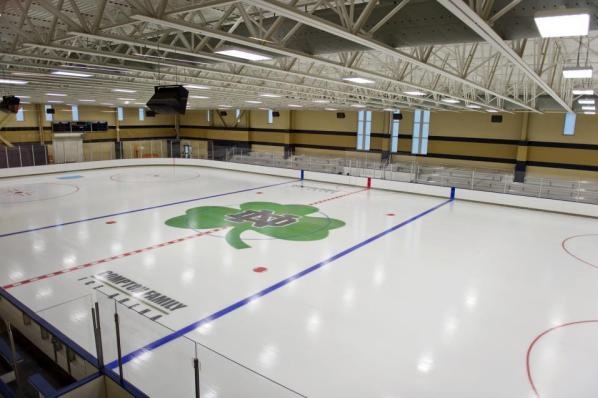 Nokia has demonstrated how Multi-access Edge Computing (MEC) can enable Wi-Fi networks to deliver augmented reality and video in a trial at a US university sports venue.

At the ice rink at the University of Notre Dame, Indiana, the Finnish vendor used its low-latency MEC platform and AirFrame server to demonstrate Edge Video Orchestration, which allows four video streams to be viewed from different angles in real time with a less than 500ms delay.

It also demonstrated augmented reality applications, although it not detail what these were.

In addition, Nokia tested these applications with a feature enabling connectivity to multiple radios, allowing data flow to be optimised through Wi-Fi and cellular networks. This was conducted using Nokia's Flexi Zone small cell base stations and AirScale Wi-Fi access points.

The trial aimed to test how the experience of audience members could be improved in an environment often subject to inconsistent or overloaded wireless coverage.

Joe Hammer, Global Alliance Director for Nokia, said: "Mobile Edge Computing is ideal for enabling low-latency applications tailored to specific enterprise needs such as those of the University of Notre Dame.

He added: “By deploying applications at the network edge, rich, engaging content is brought closer to consumers, application response times are reduced while reliability is increased."

Nokia’s MEC platform is designed to rapidly process content at the edge of the mobile network to reduce latency and produce a more responsive experience.

It is expected to be used in applications such as connected cars and high-tech surveillance.

The vendor extended its MEC offering to enterprises in September 2016.

In February, Nokia and NTT Network Technologies Laboratories, completed a Multi-access Edge Computing (MEC) trial to demonstrate the benefits of low-latency communications and data pre-processing for the IoT applications.

In the trial, Nokia and NTT shortened facial recognition times and reduced network traffic by moving video analysis to the network edge.