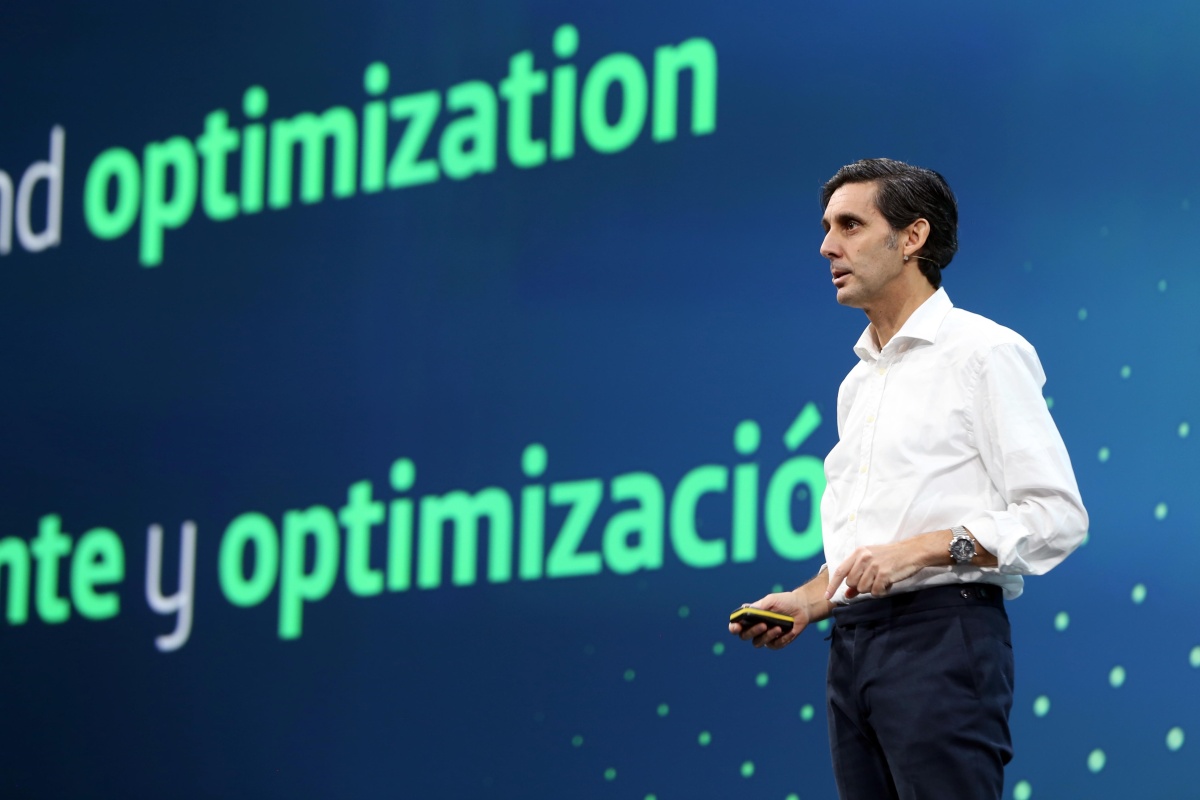 José María Álvarez-Pallete (pictured) called for "progress in the deregulation of the telecoms sector and the establishment of new rules for the digital world".

José María Álvarez-Pallete, Chair and CEO of Telefónica group, was speaking in a debate organised by the Centre for Regulation in Europe (CERRE).

He stressed that, "5G is not an evolution, but a revolution" needing a"new mindset from operators and regulators".

Álvarez-Pallete added, "digitalisation means growth, quality employment, sustainability and inclusion" and called on regulators and policy makers to support the efforts of telcos "so that European citizens are not left behind".

He said digitalisation in Europe could bring up to 3.2% annual growth to European gross domestic product (GDP) between now and 2025, but highlighted the role that digitalisation, enabled by connectivity, has played during the pandemic.

"Connectivity is the backbone of society. Our networks have not only carried gigabytes during these months, but people's lives. Excellent connectivity is now more relevant than ever because when the physical world shut down, the virtual world remained open. The telecommunications sector has been part of the solution," he said.

Yet, as Álvarez-Pallete pointed out,"If regulation continues to focus on price pressure, the industry will not be able to address investments for fibre and 5G deployments or new data services and European citizens will be left behind in the digital transition.

"We are the only sector that has been consistently deflationary in recent years. We offer more quality and more services, but prices have continued to fall because of the artificial competition introduced in the telecommunications sector. This is a structural error and a new industrial approach is needed," he demanded.

He argued that "the EU must better align competition policy and industrial policy if the EU's industrial strategy is to succeed". If not, Álvarez-Pallete believes it will become increasingly difficult for the sector to make the necessary investments and the “right return” to carry them out.

"Europe can count on telecoms operators to accelerate recovery and increase its competitiveness on a global scale. We are the only ones who can invest and create an environment of innovation for Europe to preserve its digital sovereignty. But Europe must allow the sector to grow stronger to remain globally competitive," he continued.

During the debate Álvarez-Pallete called for a level playing field between all actors in the market and new rules for the digital world.

He proposed that regulators should stop treating spectrum auctions as an opportunity to raise money and renew competition policies to allow consolidation and innovation in the market.

His comments come right after the publication of a report that found Europe is lagging in infrastructure roll out and digitalisation. It was commissioned by ETNO and carried out by Analysys Mason.