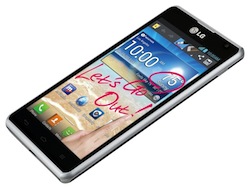 There has been a significant improvement in the battery performance of the latest VoLTE smartphones, according to test, measurement and service assurance vendor Spirent Communications.

Specifically, it collected current drain and power consumption samples at multiple locations for CDMA and VoLTE calls, as well as for multi-service CDMA/LTE and VoLTE/LTE simultaneous voice and data calls.

Combining the improved current drain with the increased battery capacity translates to an overall battery life improvement of 122 percent for VoLTE calls, according to the vendor.

“We conducted this second round of VoLTE battery performance tests to gain some understanding of whether recent technology advances have helped decrease battery drain and improve capacity for VoLTE calls,” said Nigel Wright, Vice President of Wireless at Spirent in a statement.

The chipset within a smartphone is key to the performance of the battery life. The LG Spirit 4G used in Spirent's tests has a Qualcomm Snapdragon 1.2 GHz dual-core, dual-channel, single LTE chipset.

OTT app developers on the other hand are unlikely to be concerned about battery drain.

“Skype is a bit notorious for battery drain – OTT app developers are often less concerned about optimising their apps for the battery life on a smartphone, as their apps have often been adapted to run from another platform,” Green added.