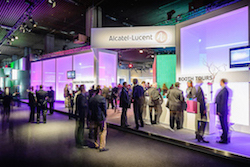 Alcatel-Lucent is bringing LTE connectivity to Norway on the 450MHz band, as part of a pan-Scandinavia project with AINMT Holdings.

The company owns ice.net in Norway and Net 1 in Sweden and Denmark. It provides broadband connectivity to consumers, as well as connecting the likes of the police, ambulance service, coastguard and Red Cross.

The first step of the project will take place next year and involves replacing ice.net's CDMA network with 4G infrastructure to power a 450MHz network. Alcatel Lucent will deploy its radio access network, evolved packet core solution and install, commission, plan and maintain the network.

The vendor will also set up tests of VoLTE ahead of a commercial launch and additionlly introduce 4G across 800MHz, 900MHZ and 1800MHz at a later date.

Separately, Alcatel Lucent will also work with AINMT to set up 4G LTE networks for its Net 1 operator in Sweden and Denmark.

Luis Martinez Amago, President EMEA of Alcatel-Lucent, said: “This is a clear example of the way Alcatel-Lucent is innovating together with customers to offer a real solution that meets their needs in the simplest and most effective way. The new LTE network will give AINMT Holdings ways to deliver even more compelling, and mission-critical services to its fast-growing base of business and government customers throughout Norway, and eventually to Scandinavia as a whole.”

In July, Finnish operator Ukkoverkot and Huawei re-farmed CDMA spectrum on the 450MHz band to bring LTE services to the country. The vendor claimed one 450MHz base station could cover an area twice as big as a 800MHz one.