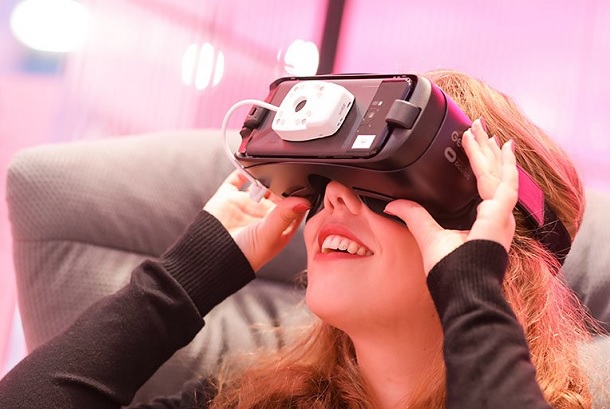 Deutsche Telekom has launched a network optimisation tool, a new smart parking network for Bonn and an upgrade to its virtual reality offering.

The German operator used the IFA 2017 consumer show in Germany to unveil a wealth of new products, including the CONNECT app. Launching in November, this automatically switches a consumer between Deutsche Telekom hotspots and its mobile network depending on which offers the best signal.

The app, which has been tested in Germany since February of this year, uses machine learning and constantly runs in the background. Users can choose between the "best connection" and "Wi-Fi preferred", depending on their preferences.

It also features an integrated VPN solution allowing data to be encrypted when using Wi-Fi networks.

Initially it will be able to switch between Deutsche Telekom's cellular network and its two million Wi-Fi hotspots across Germany. Deutsche Telekom's WLAN TO GO customers will also be able to manage connectivity with more than 20 million FON hotspots worldwide. The operator said it would bring more Wi-Fi networks into the embrace of the service in future.

Deutsche Telekom is also working to improve Wi-Fi connectivity indoors. When a new network is set up, a Deutsche Telekom technician will now measure the signal in each room and give them tips on improving coverage. These can range from optimal router placement and reconfiguration of antennas to installing further repeaters.

The operator is also bringing smart parking to the city of Bonn. Drivers can use the operator’s Park and Joy app to find empty spaces and pay for them using their smartphone. A pilot project will take place next year ahead of the city connecting a large proportion of its car parking spaces using NB-IoT by the end of 2019.

The sensors will also help calculate the probability of a space becoming empty by using information from the likes of parking ticket machines. Deutsche Telekom already has agreements in place for similar smart parking networks across Hamburg, Dortmund, Moers, Duisburg and Darmstadt.

Anette Bronder, Head of T-Systems' Digital Division and Telekom Security, said: "The networking of vehicles and the digital management of traffic flows are key areas in which we, as digitization specialists, can provide support."

Another connected car innovation announced at the event was CarConnect, a cellular adaptor allowing any vehicle to become smart.

An integrated SIM card transforms any car built from 2006 onwards into a moving hotspot with 10GB of data per month, giving a driver access to driving data, notifications if the vehicle is damaged or stolen and real-time route planning.

The operator has extended the offering to enterprises wishing to connect their fleet of vehicles or resell to their own customers as a white label solution.

Telia runs a similar service for drivers of older cars through its Sense solution.

Michael Hagspihl, Head of Consumers at Telekom Deutschland, said: "“What makes our package unique is that it combines vehicle data with a hotspot. We’re not just giving owners of older models the chance to make their vehicle smart, we’re also giving them a hotspot on wheels, which is particularly appealing to families. Surfing and streaming in the car is now simple and inclusive."

Finally, the operator has launched the Magenta Virtual Reality app, a platform to view sport, music and entertainment content on any Android device by using VR goggles or a cardboard frame.

The Telekom Message+ app can recognise emotions and expressions and overlay masks and other effects during calls, the operator said.