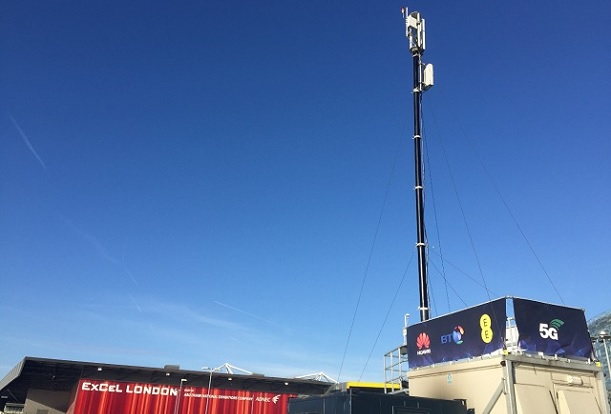 Vodafone and EE have shown how uplink and downlink traffic can be decoupled in separate demos with Huawei.

Vodafone Italy announced this morning that it partnered with the vendor on a trial over a pre-standard 5G test network in Milan. Both telcos used a high frequency band to receive data on a device and a low frequency band to send data back to the network.

The operator compared this with using the standard configuration where the same band was used for both downlink and uplink. It found uplink coverage increased by 10 times through the new technique, which offers the high capacity of high frequency spectrum and the strong propagation of low frequency.

Vodafone did not specify the bands or equipment used in the trial.

Francisco Martin, Head of Radio Product for Vodafone Group, said: “This test of pre-standard 5G uplink and downlink decoupling will help us to deploy the technology efficiently to support our customers as soon as we launch services.”

Yesterday, Huawei said it has teamed up with UK operator EE for a similar trial at the London ExCel Centre (pictured).

The demonstration used the C-band, between 3.4GHz and 4.2GHz, for downlink and the 1800MHz band for uplink on a pre-standard 5G network.

Called uplink sharing by 3GPP, the technique aims to help operators broaden their coverage when rolling out 5G in higher bands such as the C-band, which have poorer proliferation compared to lower bands.

Dimitris Mavrakis, Research Director at ABI Research, told Mobile Europe that while Massive MIMO techniques can increase downlink coverage, uplink is constrained by the transmission capabilities of the end-user device, which has limited electrical power.

However, uplink sharing means the device’s downlink and uplink do not have to be associated with the same base station, allowing it to send data back to the network in lower bands and requiring less power.

It is expected to be a key feature of 5G and will be standardised in 3GPP Release 15, set to be finalised next month and formally ratified in April 2018.

Fotis Karonis, BT TSO, Managing Director, Mobile and Voice Unit, said: “We are determined to maximise the potential of 5G for our customers and this first proof of concept with Huawei is an excellent achievement.”

Yang Chaobin, President of Huawei’s 5G product line, said: “In the 5G era, the available bands for operators will increase, and the coverage of higher bands such as C-band will become a major barrier to deployment.

“To solve this problem, networks need to make use of multi-band coordination to eliminate higher band coverage bottleneck and improve user experience.”