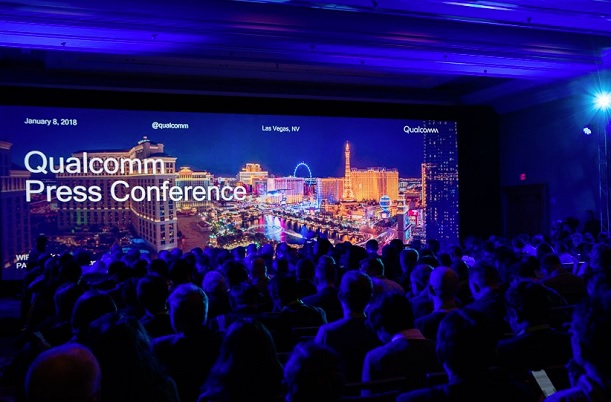 Qualcomm used the 2018 Consumer Electronics Show (CES) to announce a slew of product upgrades and customer wins focusing on the smart home and connected car.

As part of a wider push on smart voice services, the chipmaker is expanding its mesh networking platform to include support for voice recognition. Mesh networking allows individual devices in a network to connect directly with each other, as opposed to traditional configurations where each device must connect directly to a single central hub.

The reference design for the network now features the Qualcomm Aqstic Audio Codec, allowing voice-based applications to communicate over the mesh network.

The mesh network platform now also integrates the Microsoft Cortana digital assistant and can support smart home devices such as speakers and lightbulbs. The news follows Qualcomm announcing back in October that it was working with Wi-Fi providers including Acelink, Sercomm and WNC to boost mesh deployments.

One of the new platforms will support home devices and appliances such as refrigerators and ovens featuring digital assistant and audio capabilities, while the more feature-rich version of the platform offers edge computing capabilities and allows Android Things compatible devices to use multimedia, video camera and touch display features.

In addition, the Smart Audio Platform, which provides the tools for OEMs to build their own smart speaker devices will begin to support Microsoft’s Cortana and Google’s Android Things in the first half of 2018.

Qualcomm also introduced a reference platform comprising the hardware and software required to build smart speakers based on the Amazon Alexa Voice Service and a new smart speaker development kit based on its Smart Audio Platform.

Connected cars were also a theme at Qualcomm's showcase, with major new customers unveiled for its connected car solutions. Jaguar Land Rover is set to use the Snapdragon 820Am to provide LTE and processing to its telematics units. In addition, Jaguar and Chinese electric car-maker BYD will both use the Snapdragon Automotive Platform to provide infotainment and digital measurement gauges in their vehicles.

Qualcomm is currently facing an ongoing take-over attempt from Broadcom, whose CEO this week made a fresh outreach to its investors.