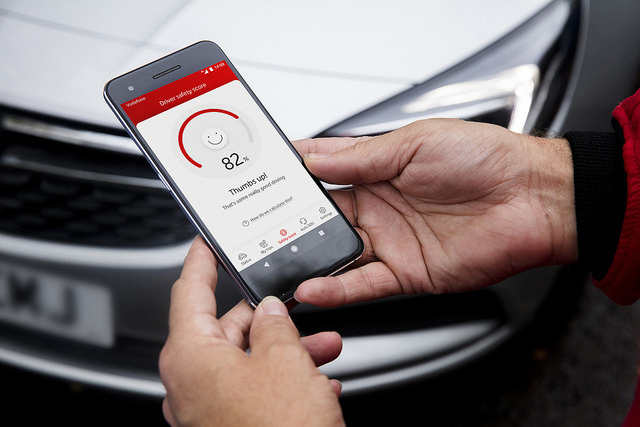 Vodafone is connecting cats and dogs, vehicles, bags and cameras as part of its long-awaited consumer IoT play.

V-Auto is a "plug and drive" dongle that can be added to most cars built after 2002 and offers a find my car feature. In the event of an an accident in their home country, the Auto SOS feature will contact the car owner and offer support. If there is no reply, the emergency services will be contacted.

V-Auto also provides driving performance statistics on every journey, which is aimed to improve the driving ability of young or inexperienced drivers.

V-Camera is a security camera enabling remote video filming of any location within 3G or LTE coverage. V-Bag is a briefcase, handbag or schoolbag tracker that is aimed at avoiding them being lost or stolen. Consumers can get a notification if the connected bag leaves a certain area.

Finally, V-Pet is a location and activity tracker for pets, using a combination of GPS and Vodafone's network. Consumers can also be notified if a pet leaves a certain area and they can also track the animal's movements or sleep patterns.

To set up the new services consumers scan a QR code on the product packaging, which registers the product and charges a monthly fee to their existing Vodafone account. The app allows customers to have an overview of all IoT products that are connected to their account.

Vodafone has chosen Germany, Italy, Spain and the UK to debut its four IoT devices. However, consumers will be able to use the devices in 32 countries.

The operator is planning to make V by Vodafone products available to third party retailers from next year. It will also launch an online marketplace targeted at developers to extend the range of products for consumers.

Vodafone Group Chief Executive Vittorio Colao, who first teased the products a year ago, said: “The Internet of Things is already beginning to transform how businesses operate. Over the next decade, the expansion of IoT into consumer markets will bring about an equally dramatic shift in how people manage their daily lives, at home and in their leisure time.

“V by Vodafone makes it simple to connect a wide range of IoT-enabled devices, helping customers keep everyone and everything that matters to them safe and secure. We look forward to applying our world-leading expertise in IoT to help consumers make the most of the next phase of the global digital revolution.”

Vodafone described the launch of the products as "the largest of its kind in the world". It follows research involving more than 15,000 consumers across Germany, Italy, Spain and the UK.