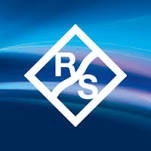 Rohde & Schwarz has completed its takeover of firewall producer Adyton Systems as it looks to boost its presence in the network security market.

Adyton Systems CEO Klaus Mochalski said: “Reliance on proven products and guarantees play a decisive role when purchasing security technologies. As a part of the Rohde & Schwarz group, we will be in an even stronger position as a reliable partner, helping our customers implement long-term security strategies.”

R&S has been an investor in Adyton since it was formed in 2011.

Peter Riedel, Executive Vide-President of Rohde & Schwarz, commented: “The IT security field represents an important and interesting growth market for Rohde & Schwarz. In our position as an investor, the acquisition of Adyton Systems was the logical next step in our strategy to integrate new technical expertise into our group of companies.”

Kaspersky Labs has predicted that mobile devices will face a greater security threat during 2014. It said: “In 2014, we can expect cybercriminals to take another logical step in the development of these types of Trojan programs and turn their attention to mobile devices. Android-based devices will no doubt be the first to be targeted. Encryption of user data on smartphones – photos, contacts, correspondence – is easy if the Trojan has administrator rights, and distributing such programs (including via official stores like Google Play) is not difficult either.”