More
HomeNewsRCS to have 15 million subscribers by 2013 - Infonetics
News

RCS to have 15 million subscribers by 2013 – Infonetics 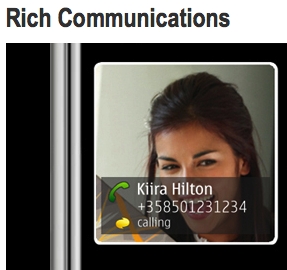 Infonetics Research has reiterated its opinion that RCS will achieve only niche status within mobile operators’ service portfolios, forecasting that there will be 15 million Rich Communication Suite (RCS) subscribers by 2013.

The analyst, which has released a report on the market called Rich Communications Suite Services and Subscribers, forecasts there will be 15 million RCS, RCS-e, and “RCS-like” service subscribers by 2013, with the majority in Asia and Western Europe. Mobile operators around the world will take in a cumulative $1.6 billion over the 5 years from 2012 to 2016 from RCS service fees, the analyst said.

According to the report, the RCS space has splintered over the past year into three main camps of telecom operators pursuing rich communications initiatives:

“A year ago we declared that RCS had been relegated to niche status, and our viewpoint has not changed,” noted Diane Myers, directing analyst for VoIP and IMS at Infonetics Research.
“As of January 2012, there are still no commercially available formal RCS or RCS-e services. Spanish operators Orange, Telefónica, and Vodafone have announced plans to launch RCS-e in the first half of 2012, and we expect activity in Germany shortly thereafter. However, we believe it will be too little too late to have a meaningful impact.

“It’s been too long that operators on the fence have wavered over the financial commitment to IMS and inadequate support from handset manufacturers. Many have moved on to other strategic priorities, are working with third party over-the-top providers, and/or are waiting to launch RCS as part of an integrated piece of VoLTE. On the flip side, mobile operators such as China Mobile, SK Telecom, and MegaFon continue to find success with RCS-like services, offering a mix of features and packages that fit their individual markets. These examples show that, though RCS may not be for all operators or all countries at this point, there is a market for it in certain countries.”

Infonetics reported that, in its view, RCS will rise in popularity in North America as operators launch voice-over-LTE (VoLTE) services, with RCS tied to VoLTE as a core part of the service, but operators are not expected to charge directly for RCS capabilities in North America

Other Infonetics viewpoints are: