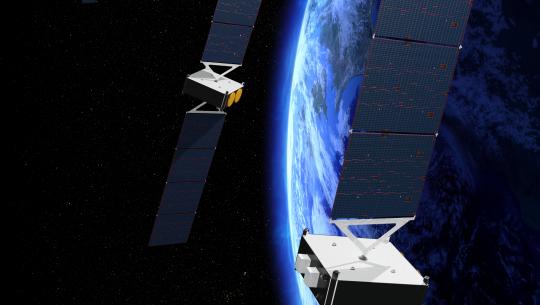 Orange Senegal and subsidiary fixed line telco Sonatel are working with satellite operator SES create the first African gateway for the O3b mPOWER constellation. On Wednesday the partners announced that the gateway will be located at the Sonatel teleport in the Senegalese territory of Gandoul. The installation means that low-latency and cloud-optimised connectivity services can be delivered to Africa.

In 2020 Orange became the first telco to adopt O3b mPOWER, with plans to start service from the constellation in the Central African Republic. The Sonatel teleport was the site of Africa’s first 30-meter satellite dish. Orange, Sonatel and SES also plan to establish a memorial on site at the Gandoul gateway to highlight the history of satellite connectivity in Africa.

SES will use the gateway to support telemetry, tracking and command (TT&C) functions for the O3b mPOWER fleet. The gateway lets Sonatel and Orange boost bandwidth via O3b mPOWER to remote and underserved regions, said SES CEO Steve Collar.
“This partnership will add a major new component to Orange’s mission to build intelligent, open networks in order to foster usages and access to digital technologies for the greatest number of people,” said Jean-Luc Vuillemin, the EVP of Orange International Networks.”“We continue to believe that satellite remains a promising technology and that the many innovations it currently showcases will give it an increasingly growing position in the telecommunication field, in Africa as well as other countries.”