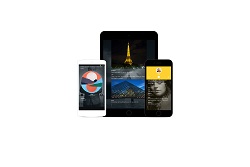 The co-founder of Skype has backed a new app, aimed at updating messaging for the era of cloud computing.

Janus Friis has thrown his weight behind Wire, a messaging, voice calling and multimedia sharing app for iOS, Android and OS X, which launched this week.

The team behind the new service, which comprises former staffers from Skype, said one of its key functions was the audio technology it uses. It developed the technology in house and claims all communication is “crisp and clear”. The service is also WebRTC compatible, supporting audio calls to and from compatible browsers.

Wire is built to be “battery friendly” and also has end-to-end encryption for voice calls and protected messaging.

Janus Friis said: “Skype was launched more than a decade ago. A lot has changed since then – we are all used to free calls and texting, and we have taken to carrying our computers in our pockets. It is time to create the best possible communication tools, as beautiful as they are useful. Wire is just that.”

The team comprised more than 50 people from 23 countries, with the company’s CEO and CTO coming from VoIP specialist Camino, which was bought by Skype in 2006.

The company’s chief scientist Koen Vos was the co-creator of Opus, an audio standard that is mostly used in real time communications across the internet.

Jonathan Christensen, Wire’s co-founder and CEO, said: “We asked ourselves how modern communications could look and work. How could we take full advantage of the latest devices and advances in cloud computing to deliver something that is really simple, very useful and truly beautiful?”