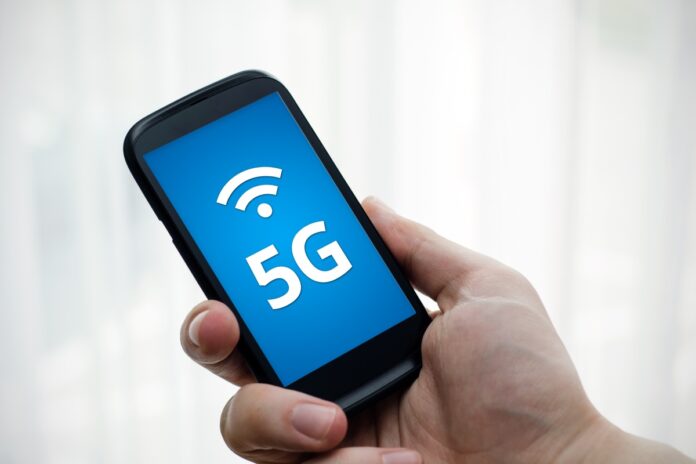 Research house Canalys finds the growth is despite component shortages, which look set to worsen, and 5G is a big driver.

According to Canalys’ latest forecasts, the worldwide smartphone market will grow 12% in 2021, with shipments reaching 1.4 billion units. This represents a strong recovery from 2020, when shipments fell 7% due to market constraints caused by COVID-19.

As vaccine roll-out continues around the world and the pandemic is subdued, component supply will emerge as the new bottleneck for the smartphone industry. 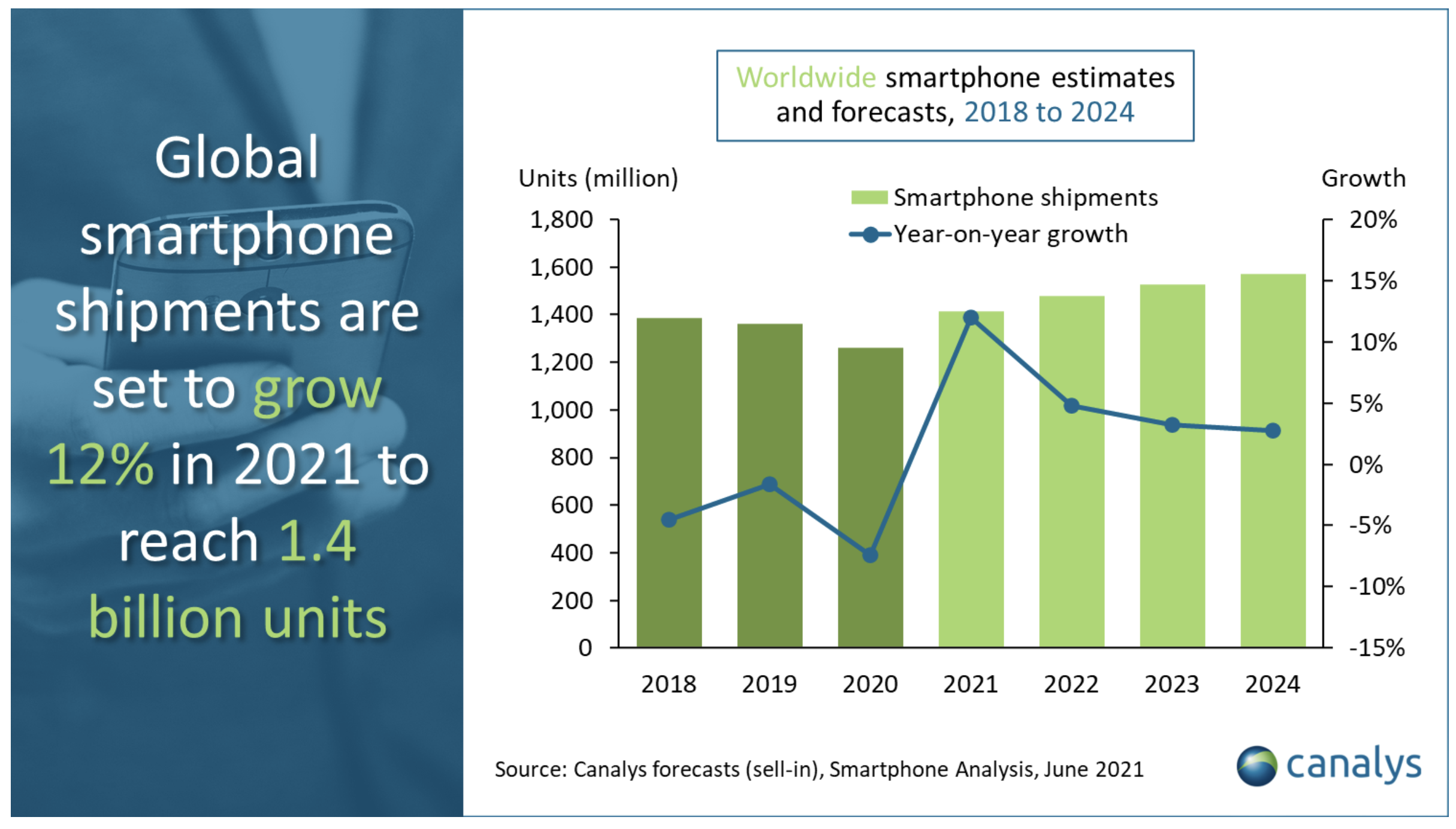 “The smartphone industry’s resilience is quite incredible,” said Canalys Research Manager Ben Stanton. “Smartphones are vital for keeping people connected and entertained, and they’re just as important inside the home as outside.

In some parts of the world, people have been unable to spend money on holidays and days out in recent months, and many have spent their disposable income on a new smartphone instead. There is strong momentum behind 5G handsets, which accounted for 37% of global shipments in Q1, and are expected to account for 43% for the full year (610 million units).

“This will be driven by intense price competition between vendors, with many sacrificing other features, such as display or power, to accommodate 5G in the cheapest device possible. By the end of the year, 32% of all 5G devices shipped will have cost less than US$300. It is time for mass adoption.”

Component supply bottlenecks, however, will limit the growth potential of smartphone shipments this year. “Backorders are building,” said Stanton. “The industry is fighting for semiconductors, and every brand will feel the pinch.”

In recent months, vendors redirected some allocation to other regions due to the COVID-19 outbreak in India, but this is not sustainable as the world returns to normal. Vendors will first turn to regional prioritization, focusing the flow of units into lucrative developed markets such as China, the US and Western Europe at the expense of Latin America and Africa.

Even these etter-served regions still be constrained, and start to prioritise channels, pushing a greater allocation of units into fast-activation channels, such as operators, and fewer into distribution and the open market. This will have interesting side-effects and may open doors for challenger brands to gain share in key open market channels if the incumbents are unable to fulfil.

“The other angle to this is pricing,” said Canalys VP of Mobility Nicole Peng. “As key components, such as chipsets and memory, increase in price, smartphone vendors must decide whether to absorb that cost or pass it on to consumers.” 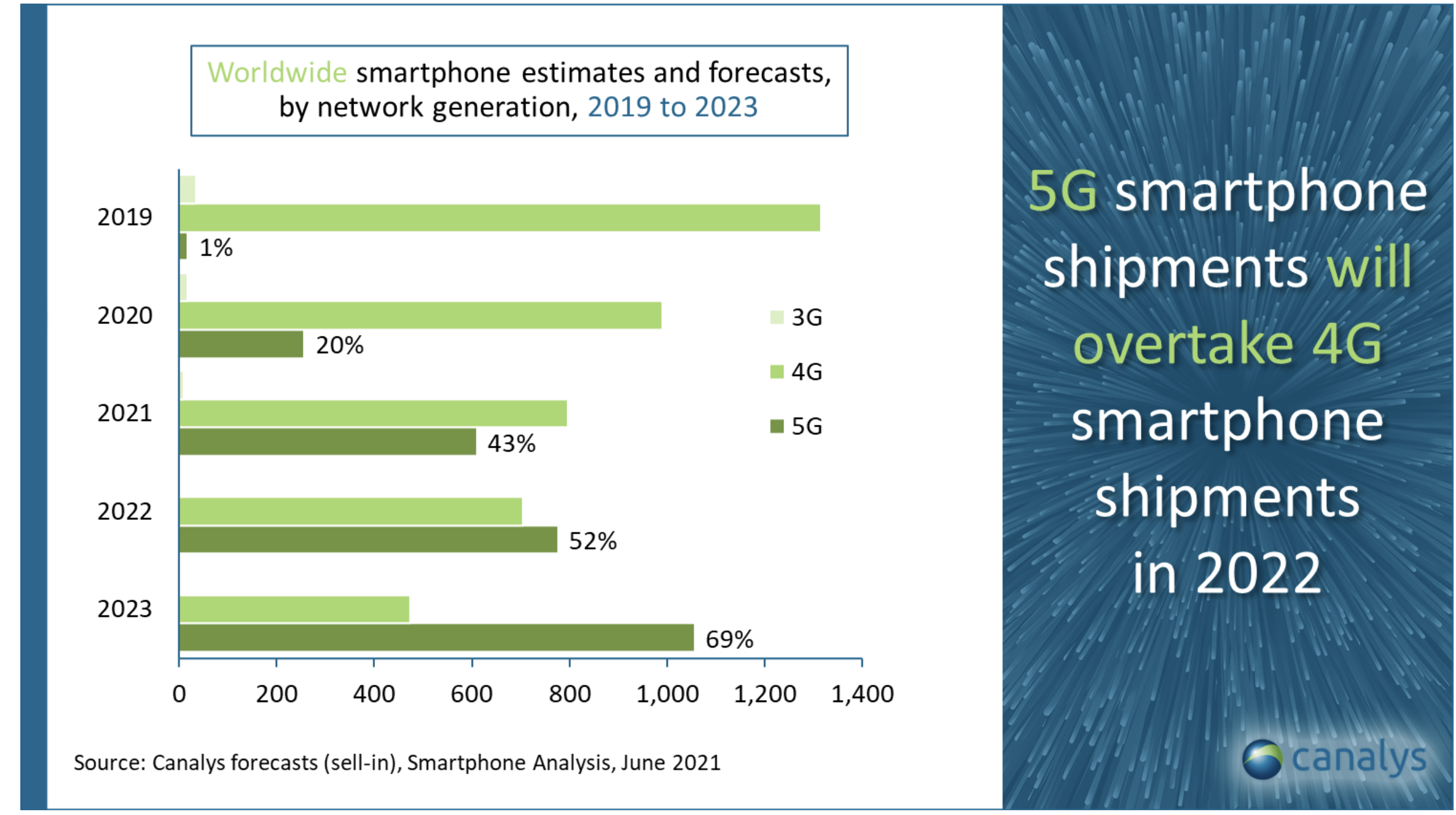 Still, there are major constraints around LTE chipsets, this will cause challenges at the low end, where customers are particularly price sensitive. Smartphone vendors must look at improving their operational efficiency while lowering margin expectations in their low-end portfolios for the duration of the constraints, or risk hemorrhaging market share to their competitors.

The pandemic has caused permanent changes, which will shape the new normal for society, and the smartphone market.

“Channels had to transform or die during the pandemic, and this forced innovation” added Stanton. “Developed countries have seen an online surge, which has forced retailers to reassess their offline footprints. As a result, many stores will close this year, and for those that stay open, their purpose will be reimagined for customer support and order fulfilment, as customers increasingly use multiple channels during the purchase process.

“Innovations driven by COVID-19, such as unified stock and delivery to car, are helping shift retailers toward their consolidated omnichannel vision. And centralized procurement will also give the channel more negotiating power with smartphone brands and may cause some retailers to attempt to bypass distribution to build new direct relationships. The new normal for the smartphone industry is as ruthless and competitive as the old one.” 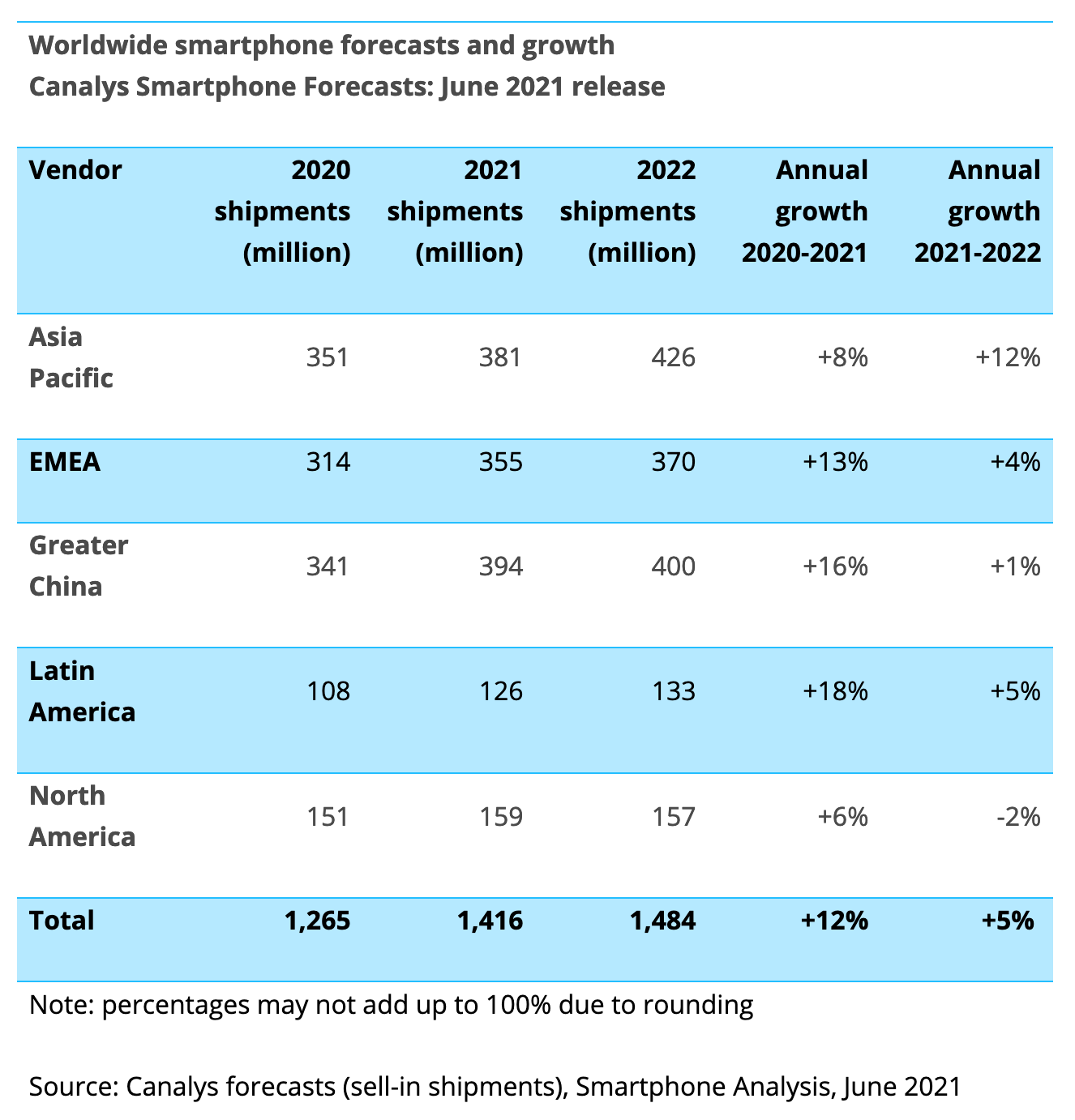