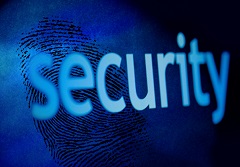 SRD Wireless has built what it has described as the first secure messaging app that is resistant to attacks from quantum computing.

PQChat is based on the company’s own Never-The-Same encryption method, which uses the McEliece cryptosystem. SRD said this cryptosystem has never been broken and is resistent to techniques that can be used in quantum computing.

SRD said it does this by randomising the messages’ appearance. Every time the same message is encrypted, it looks completely different. The only person who can view the content of the message as it is intended is the original recipient. The sender can also remotely delete messages manually or after a set period of time.

It said users are protected further because PQChat only stores an encrypted version of the consumer’s phone number, as well as an encrypted nickname and ID image from the user. Users set their own password and five character PIN but neither are stored in the app. The app also features voice and video authentication, as well as a secure locker for the storage of data.

SRD said it has no need to store any user’s data because its business model is based on enterprise sales of its products, rather than data mining. It added it could build custom apps to suit specific industries, such as legal, healthcare and financial services.

The company said app can be used for authentication, banking tokens and digital rights management. It said it hopes the product will replace existing encryption standards such as RSA and Elliptic Curve.

The app is available for iOS, with an Android app to follow shortly.

Andersen Cheng, Co-Founder and CEO of SRD Wireless, said: “The ongoing Snowden revelations have brought home just how easily accessible our personal information is to the NSA or other groups. Yet most people are still handing over information to data miners, spammers and criminals without understanding what they are doing.

“People need to take back control of their data: even the smallest amount of personal information can compromise your privacy and security. Modern communication tools simply aren’t built with this as a priority and so make compromises in order to allow communication. Our aim with PQChat is to place end-to-end security at the heart of the application.”