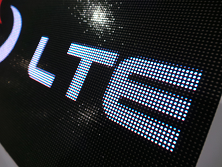 Orange, Sunrise and Swisscom are set to exchange their legacy 900MHz and 1800MHz frequency bands in Switzerland from July, as part of the latest step in the country’s most recent spectrum auction.

The auction was held in February 2012, raising €817 million for the Swiss public purse, with operators being awarded new holdings in the 800MHz and 2600MHz bands.

However, there was also a retender of all existing frequencies at the same time, allowing operators who planned to expand to buy fresh spectrum or let those who wish to dial back their mobile activities to divest spectrum.

The Swiss Federal Office of Communications (Ofcom) said work will take place at nighttime from 21 July until 16 August to minimise disruption to consumers. It added that there may be “brief” interruptions to service but consumers will be able to use their mobiles in the same way they have always done.

“[The operators will] be able to meet the ever growing demand for broadband mobile services, to extend their networks using modern technologies such as LTE (Long Term Evolution) and to offer high-quality services to consumers in Switzerland,” commented Ofcom.

The next step is to exchange holdings in the 2100MHz band, which is due to take place in 2016.

The last time the Swiss authorities reorganised the country’s spectrum was in 2009 and 2010, which also affected the 900MHz and 1800MHz bands.