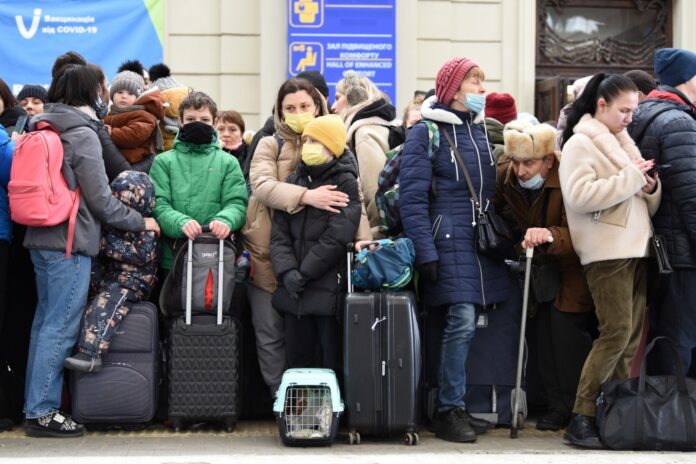 Some 4 million refugees have fled their homes and desperately need to stay in touch with loved ones and be aware of developments in the war.

The ongoing conflicts in Ukraine have caused over four million refugees to flee Ukraine in hope of seeking refuge in Ukraine’s neighbouring countries. A lack of connectivity makes an already distressing situation even worse as they are essentially going into a warzone blind – with no information on what to expect and no news of the family they were forced to leave behind.

NGO Télécoms Sans Frontières (TSF) has launched the Ukraine Crowdfunding Campaign to bring connectivity to desperate people. In situations like these, a little goes a long way, for example a donation of £8 will pay to put a power supply for a Wi-Fi router on a bus If donations are made before Friday 8th April, they will be eligible for a 50% match as part of the April 2022 Little by Little Campaign.

The buses have been set up by the International Organisation for Migration which allows refugees to be transported safely from Ukraine to Bucharest. TSF is also providing free Wi-Fi in transit shelters within Ukraine where refugees are hosted for a short time i preparation for their next move.