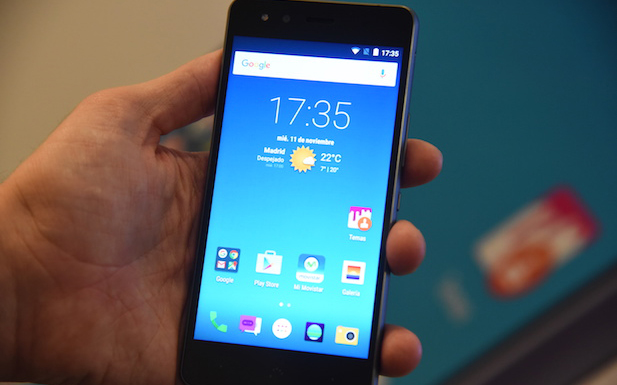 The Aquaris X5 has been made by tech company BQ and went on sale in Spain yesterday, priced €209 through Telefónica’s Movistar network. The operator said it is planning to launch the handset in Germany and the United Kingdom in December.

Cyanogen can be installed on any Android handset, offering features outside of the traditional Android OS. However, the Aquaris is Europe’s first operator launched smartphone to come with the OS pre-installed.

While Cyanogen is compatible with every Google Play application, the operating system allows greater levels of customisation than Android. Consumers can tweak the audio, camera, phone, email and calendar features. It comes with “smart phonebook” app Truecaller preinstalled, which helps protect against spam calls. AudioFX offers 24-bit uncut audio and its Boxer email allows consumers to use a range of different productivity features, such as calendar management.

Other features include PrivacyGuard, which offers granular control over customer data, a PIN scramble, which displays log-in numbers at random, as well as password protected folders.

The latest version of the operating system, Cyanogen 12.1, automatically adjusts display settings according to the time of day and how bright it is where a consumer is using the phone.

The LTE-compatible Aquaris X5 has a five inch screen, Qualcomm Snapdragon 412 processor, 2GB of RAM and 16GB of expandable internal memory. Telefónica said the handset boasts a longer battery life than rivals thanks to OS optimisation, low power components and a 2.900mAh battery. The device also has a 13MP rear camera and 5MP front-facing.

Telefónica is an investor in Cyanogen, backing it during its series C investment round in March this year.