Telefónica to track app developers in bid to reduce threats 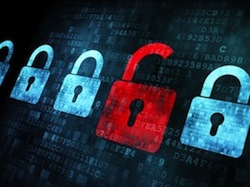 Telefónica is launching a digital security product that allows it to track developers of malicious apps and delete further risks from app stores.

The announcement is one of several security developments the Spain-based operator outlined on Friday, including a cybercrimefighting partnership with Microsoft and new digital identity security features.

Its Eleven Paths digital security company has developed the new Path5 product, which protects against malicious apps. It uses big data and a correlation engine to investigate mobile apps.

The operator said the service allows analysts to find any incident where a specific mobile component has been used. They can then find other activity featuring this component, which could help identify other malicious apps that a developer has built. Alerts can also be set up to detect malicious behaviour by developers.

Telefónica has also signed a deal to integrate the solutions and development teams of SmartAccess, which develops digital identity and electronic signature technology. The teams will be integrated into Eleven Paths.

During its Security Innovation Day, where it made the announcements, the operator revealed updates to its digital padlock Latch service, which allows users to turn off their various online accounts when they are not in use. The new Latch Satellite service allows organisations to install a Latch server to control large volumes of requests.

Finally, its partnership will Microsoft will see both companies share data of their cybercrime intelligence programmes.

The operator said: “Microsoft’s cybercrime unit has extensive experience in the eradication of malware and harmful programs, while Telefónica and Eleven Paths contribute their experience in the advanced search for malware threats and other types of cyber-intelligence.”

During 2014, Telefónica has signed deals with Google, Microsoft and Facebook to bolster its own security products. It has also signed deals with security companies working with firewalls, IPS, SIEM and WAF, as well as a partnership with PwC to improve its auditing and consulting capabilities.