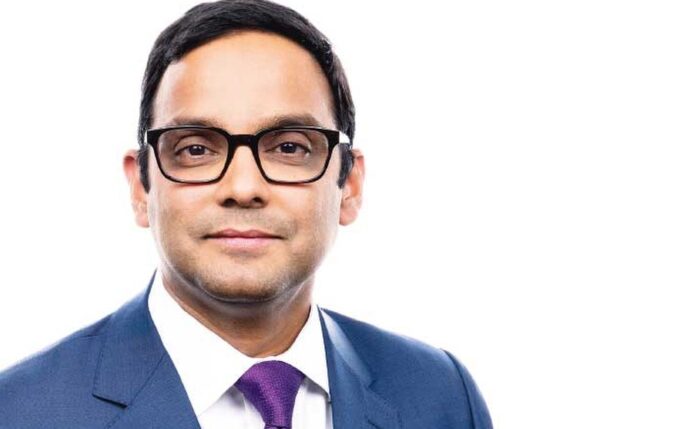 Sampath Sowmyanarayan, Chief Revenue Officer for Verizon Business, talked about the thinking behind the operator’s success and future direction at MWC.

Many telcos talk about creating new revenues by bring value beyond connectivity; few appear to have made much progress and others have spent a fortune in the attempt. Verizon is perhaps the exception: for example, a month after MWC, the operator announced it has won close to $1 billion in new business with the US Department of Defense (DoD), just the latest in a series of hefty contracts with the DoD.

How is Verizon succeeding so well where others have so far failed? Sampath Sowmyanarayan, Chief Revenue Officer for Verizon Business, said there are three main pillars to its approach: network as the foundation, then platforms and applications.

Only when better for owning the network

It is telling that Verizon’s arch-rival AT&T just announced it will invest $50 billion in its networks, having finally abandoned its failed, multi-billion-dollar forays into TV content a year ago.

He commented wryly that the platforms Verizon opted to major on are those “that people think are not sexy, but we think they’re very sexy” and added that the company runs “one of the world’s largest cybersecurity businesses” and IoT at scale, with some 50 million connected devices.

Operations is critical platform. Sowmyanarayan elaborates, “It’s a lot of small things…if you have a dropped call, someone will know and come back and fix it in 48 hours. There’s an operational cadence that we have as a company that is rigorous when it comes to network quality”.

The fourth platform is work in progress – mobile edge compute (MEC) – as it is everywhere. Verizon’s approach is that the edge is for certain use cases, not everything, although Sowmyanarayan acknowledged, “Applications will be written over the next five years where a portion sits at the edge, such as the analytics: the quick inference sits at the edge, but the bulk of the data processing comes back at the core.

How dependent is Verizon’s edge strategy on 5G Standalone? He said, “We’ll get to the Standalone core when it’s ready and when we feel comfortable because we don’t want to alienate the millions of devices that are in place today.” He adds, “Our thesis is how to create that migration path for customers where they can reuse some LTE devices and start bringing some new 5G devices on, and once we move to Standalone, we’ll give it enough time for devices to get upgraded. That’s been resonating really well with customers.

Where does Verizon Business expect to make most of its revenues in future? Sowmyanarayan says, “We are call it $120 billion company. Roughly $90 billion is consumer and $30 billion is business. The business part is broken up into large enterprise, small enterprise and the public sector [like the DoD], approximately. Historically, 3G, 4G was made for the consumer…Most of the applications, the investments in 5G are all enterprise and business centric.”

Sowmyanarayan said, “We are very bullish about our B2B framework on 5G. We’ve invested a lot of money in 5G – $53 billion on spectrum plus another $10 billion building it out and every year we put $20 billion+ – up to $28 billon – capital in the ground.”

As an aside, speaking at a conference organised by Morgan Stanley earlier this month, Verizon’s CFO, Matt Ellis, was cited talking about where the company expects lower capital intensity, and higher revenue and margin to intersect. He predicted 4% in revenue growth by 2024 after capital investment peaks in 2022 and normalised by 2024.

Sowmyanarayan asked, “Why do we feel comfortable with this spend profile?“ and answered his own question saying, “Our monetization plan for 5G has three big levers. The first one is that every time there’s a new [generation of] technology Verizon gains share because of our network reliability.”

The second lever is the new fixed wireless access (FWA) market. He points out that the cost of carrying a bit on fixed infrastructure used to be 50 or 100 times more expensive on wireless, but the economics have changed. This is due to the spectral efficiency of 5G, coupled with the number of sites Verizon is building out plus “the amount of raw spectrum” it is throwing at the problem – in millimetre wave, the $53 billion on licences and C-band spectrum.

He says FWA is “a phenomenal business for us and in America we’ve already launched nationwide coverage – it’s a completely new addressable market. Even in C-band alone, we have almost 2 million businesses covered. Over the next couple of years, we’ll get to 14 or 15 million businesses.”

The third pay-off he sees from 5G is “our MEC and the whole edge. We think edge gets better because of 5G and fibre, and I want to talk about that. Verizon got ready for this through its One Fiber initiative [launched in 2016]” – and it has been described as Verizon’s “5G secret weapon”.

Building the church for Easter – and hyperscalers

One Fiber came about because Verizon was determined to build as much of its own backhaul as possible and is still building 1,500 to 1,800 route miles a month. It spent $1 billion on fibre at the start of the initiative, then realised there was not enough fibre available on the market, so worked with fibre manufacturer Corning to build a dedicated factory in Hickory, North Carolina. He says, “We will do whatever is needed to be first in network.

“We wanted our own fibre and our fibre is future proofed – most of it has 1,800 strands whereas much of the fibre in the ground is 32 or 16 strands…Because of the amount of fibre we have and 5G, it’s the perfect time for us to start working with hyperscalers”.

Is Verizon uneasy about those relationships? No, because, he said, “One, they don’t run a network; they like that we are in the fibre and connectivity business and we’re not going to build our own cloud stack, so it’s a perfect marriage. We have deals with the three of them [AWS, Google and Microsoft] and this is the classic edge.

“You bring the cloud, you bring the connectivity at the edge and you start building use cases around industrial warehouses and others that we’ve just kicked off right now. We’ve got a lot of pilots going on, and this is where the Blackrock announcement comes in,” Sowmyanarayan said. At MWC, Verizon announced it was building a private 5G network at the finance company’s new HQ at Hudson Yards in New York City.

Private networks are the gateway to MEC

Last year, Verizon Business built a pilot private 5G network at the Associated British Port of Southampton, on the south coast of England.  Sowmyanarayan said, “It’s a very busy port. There’s a lot of metal in it – and metal and radio networks generally aren’t best friends. They were struggling to get the right throughput on their scanners, other devices, gantry cranes and trucks.” Verizon worked to solve the problem with Nokia.

It had similar challenges nearer to home, building a private network at its Corning fibre plant, which Sowmyanarayan said, “is probably one of the world’s most advanced manufacturing facilities. It’s supremely automated and high precision”. Verizon first deployed the private network, then an edge network plus MEC and is starting to build and explore use cases, such as around fault detection.

Sowmyanarayan explained, “[During manufacture], the fibre runs at some crazy high speed and snapshots are taken of it and compared against a master. When the picture doesn’t match the template, there’s a defect and so it stops the line [and removes the defect].” Previously the images were batch processed for whole spool of fibre offline. If a defect was found, the whole spool was dumped because that was cheaper than trying to find the defect. Detecting and addressing defects as part of the in-line process drops the defect rate and reduces wastage. He remarked, “That’s just one use case and you can keep scaling it up”.

With the Port of Southampton and the Corning plant as its first two implementations of MEC, what has Verizon learned? Sowmyanarayan said without hesitation: “First, you’ve got to get a private network before you get the MEC piece done. So that was a big learning curve.

“Second for private networks, whether it’s CBRS spectrum, which is the shared spectrum, or licensed spectrum – both work well – the important thing is to have a migration path. You may start with CBRS then down the line think you want more licensed spectrum. We learned about use cases, how different things work, and that we’ve got to be more open and flexible to our customers. That’s been a big learning for us.

“Third, to get these use cases up, we’re doing co-innovation with the customers. We’ve got eight or 10 use cases in production right now that we could sell to them direct, but customers say, ‘I want to solve this problem, I want to solve that problem’ and then we go into labs and start solving. It’s been a good experience for us, and customers are interested because the once you get one or two use cases up, the ROI is just so positive, they get super excited.”