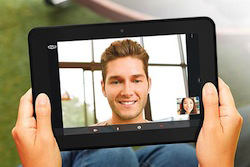 Ever-increasing video traffic and an explosion in 3G connections is set to see mobile data traffic rocket 59 percent in 2015, according to a new report from Gartner.

The analyst group estimated that global data traffic would hit 51.8 million terabytes this year, spurred by rising popularity of video and music streaming, which is in turn being driven by newer, faster networks.

Video currently accounts for around half of mobile data traffic. However, Gartner predicted this to rise to 60 percent by 2018 as improvements to services encouraged more use.

While the availability of more affordable 4G handsets is fuelling traffic in more developed markets, Gartner said that 3G will drive worldwide data growth in 2015 as connections soar 45.7 percent.

Nevertheless, this is set to change as 4G handsets and services become more affordable; by 2018, Gartner forecast that 4G users will generate nearly half of all data traffic.

Jessica Ekholm, Research Director at Gartner, commented: “The increase in affordable 4G-enabled handsets and 4G services, which are becoming priced on par with 3G services, will collectively boost traffic. We predict that, by 2018, 4G users will generate 46 percent of all mobile data traffic.

“This is because, by 2018, each 4G smartphone will use nearly 5.5GB of data per month, which is three times more than a 3G smartphone.”

In order to capture this growth, Ekholm said operators would need to turn their attention towards creating data-centric price plans with a particular focus on transparency and personalisation.

“The future will be tough for CSPs and mobile app developers that decide not to upgrade the user experiences they deliver on their services and products,” she said.

“The winners will be those providers best able to satisfy consumers’ demand for high data use, while maintaining their margins.”