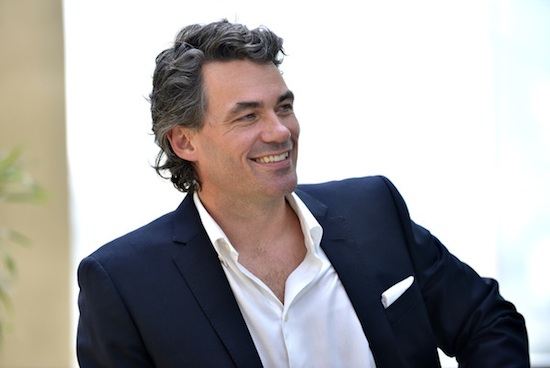 The difference between those developing 5G and the ones counting the cost of deployment has been throw into stark contrast with the CEO of BT Group claiming there are no business cases for the next generation technology.

The CEO’s remarks either amounted to a stark reality check amid excitable predictions and industry hopes, or a gloomy prognosis that 5G could stutter in the same way 3G did.

Given Patterson’s typically upbeat assessments of the telecom industry’s future over the years, his stance could set alarm bells ringing that getting investment in new technologies may prove harder than tech teams might expect.

The CEO repeatedly talked about the uncertainty of 5G’s return on investment. He said: “We need to build the business case for 5G. Innovation is there…but ultimately as carriers we need to make significant investment and put capex down.”

He added: “From 3G to 4G the case was underpinned by going from what was a pretty poor performance to one that opened up the opportunity for mobile. We haven’t found that for 5G. It will be a better performance, no doubt about that, but the business case isn’t there.”

There was no mention from Patterson of the cost efficiencies raised by Vodafone’s Group CTO yesterday as one of the advantages of 5G. Instead, he said vendors and chipset makers needed to make their products more efficient. Or, to put it another way, cheaper.

It hit speeds of 2.8GBps by using a 100MHz slice of 3.5GHz spectrum by using a virtualised 5G core network, a 5G baseband unit from Huawei and a 64×64 Massive MIMO antenna set-up.

These bells and whistles alone are not enough, as far as Patterson is concerned. He said: “We’re beginning to see demos and pilots. The standards haven’t been ratified but I expect that to happen over the next 12 to 18 months, so we need to build the business cases over the next quarter or so.”

Business cases are not the only problem, however. As the number of connections goes up, driven by the IoT, so does the associated security risks.

BT is in an “arms race” to stand firm amid a myriad of attacks, Patterson said. But this arms race was not without its own problems. He said: “The more processing power increases, encryption will become harder and harder to use as a defence.”

Curiously, given rivals like Vodafone are making hay in the enterprise market, Patterson was also less than excitable about the current opportunities afforded by the Internet of Things. He said: “The IoT is building slowly but will ultimately take off. 5G is where it will go from experimental to mass market. It’s a huge opportunity – by some estimates the number of connections devices will increase between five and 10 times over the next 10 years.”

Not content with downplaying technology, skills were also seen as a problem to solve. He said while he would describe himself as a “glass half full” type of person, Patterson claimed there are “jobs today that won’t exist in five years time”. Although he added: “Every time society has been at this point before, it has found new ways to fill people’s time and solve more problems.”

Nevertheless, there needs to be a shift in attitudes towards how tech skills should be treated. Tech literacy “shouldn’t be for the geeks in the corner”, as Patterson put it. Instead it should be as central as reading, writing and arithmetic.

He said: “Frustratingly there’s a shortage of people with those skills today…We have to do a couple of things in particular. We need to promote a lifetime learning attitude and approach. Everyone should see it as their own responsibility to learn new skills through life and adapt to a changing landscape.”

Once Patterson exited the stage, Deutsche Telekom Group CTO Bruno Jacobfeuerborn gave the technologist’s opinion of the business case conundrum. While he was not quite as gloomy as the BT Group, he did outline the challenges tech teams across the industry face when extolling the virtues of network slicing, Massive MIMO and the rest. He said: “If you go to the financial department to say ‘I’ve a great idea’, the guys look at that as more capex. They say ‘show me the business case. What is in it for our company?’.”

However, there were positives. He said NB-IoT was a good example of something that can work today and bring in revenue, but also evolve into something that “may be one of the killer applications of 5G”.

5G New Radio was another as it gives operators something tangible to show customers, as well as regulators. If telcos can show what 5G could do, then hopefully it will be easier for operators to get their hands on spectrum, he said.

Where deployment challenges are easier to solve is east of Germany and wider Europe. Asia will have three Olympic events over the four years between 2018 and 2022. Jacobfeuerborn said February’s Winter Olympics in South Korea would result in a great opportunity for operator KT to showcase 5G.

He added: “Why is that so important? If you want to do massive infrastructure investment, you need events.”

With the party set to move to Japan in 2020 for the summer Olympics and then China in 2022 for the Winter Olympics, Asian telcos will have less of a problem convincing financial teams to spend. For European operators, it will evidently be tougher.

Jacobfeuerborn summed it up, saying: “Do we have 5G business cases in place today? No. Will we have them? Sure. But it’s not a no-brainer.”