Airtel’s network automation is as inevitable as water obeying gravity 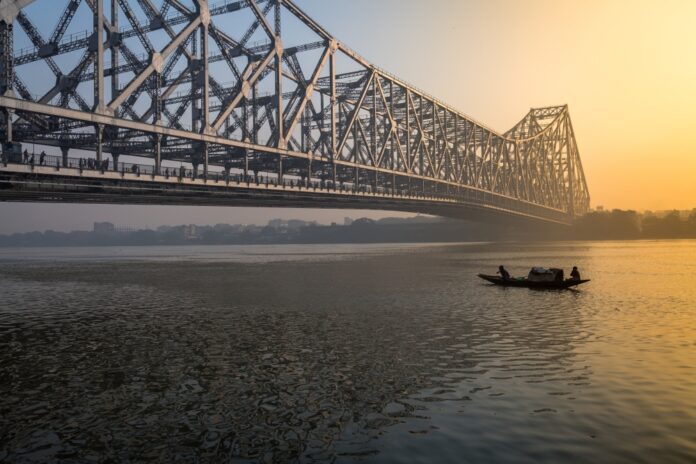 Airtel’s CTO Randeep Sekhon and Bradley Mead of Ericsson talked to Annie Turner about the urgency of their joint approach to automation.

Although Airtel has fixed infrastructure, our interview focused on its mobile network, which is of immense scale and complexity, and has been managed by Ericsson for some 16 years. The mobile network has 220,000 towers across India and almost 340 million subscribers.

The operator shut its 3G network two years ago, and now runs 2G and 4G technologies on all sites. Unlike many other countries, spectrum in India is allocated in small tranches of frequencies that are not contiguous. This means towers typically have 12 radios for the different frequencies instead of the more usual three. To simplify things, each site now is single vendor – Ericsson, Nokia, Huawei or ZTE.

In the UK, the revenue per user ranges between £18 (€21) and £40, Airtel’s CTO, Randeep Sekhon, states, whereas its average revenue per user is the equivalent of £1.50, For that, Airtel’s customers get unlimited voice and texts, and 1.5GB of data daily – so in a 28-day period, a customer could consume up to 42GB, making cost to service a serious issue.

Since Reliance Jio launched with a 4G-only service 2016, which is gave away free for two years, India’s mobile 13 operators are reduced to four. Jio is the largest, Airtel the second biggest. VI is from the merger of Vodafone and Idea whose market share has fallen to 22% combined. The government-run BSNL has no 4G.

Furthermore, 98% of the Indian market is prepaid and many subscribers have more than one SIM. Sekhon estimates that 40% of prepaid customers switch operators at the end of every 28-day period annually which is more like rotational churn. He says, “It’s not enough to have a presence in the market, you have to be on top or your game or you suffer churn” – of epic proportions as about 650,000 Indians are connected to 4G networks. 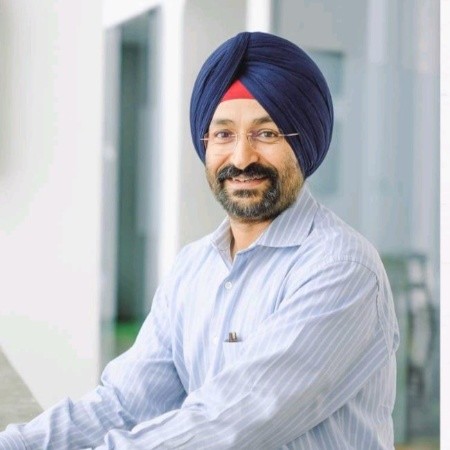 Another issue is the country has many remote areas, so field staff often have little or no training, and switch jobs frequently. Sekhon states, “If we can replace untrained manpower with trained machines, then we will. They will make better margin, we will get better results: automation is the way to go. It is inevitable – like water flows with gravity.”

Airtel told Ericsson it needed a different engagement and wanted “to put force into automation” when it came to contract renewal because it had close to 10,000 people involved in running the network, directly and indirectly. As it opens 20,000 to 25,000 more base sites every year, 10% or more staff were added. The escalating cost was unsustainable.

Bradley Mead, Head of Network Managed Services, Ericsson comments, “Randeep hits at the heart of why we had to create something different that we call the Ericsson Operations Engine… We started with a clean sheet of paper in late 2017…We asked ourselves and key customers if they could start up from scratch, what would processes look like? What capabilities do we need to invest in? What should future capabilities and people’s skill sets be?”

Sekhon notes, “There is serious investment in acquiring platforms…instead of extracting data through files, manually crunching data, then doing script files…you need to API-ify your network, put in a data lake and run your intelligence layers on top… you cannot run networks with traditional OSS tools and key performance indicators (KPIs).” Instead of using KPIs, Airtel uses customers’ complaints as its performance metric, monitoring their trends. He explains that complaints cannot be gamed, unlike other measurements.

We are paranoid,” he adds wryly. “You need to elevate yourself to a different level of customer experience – every mobile phone is a sensor, it sends you rich information, you pull it together, which creates petabytes of data, then start correlating it. This is where the [automation] journey started – we brought all this into a data lake and exposed all the tools we have to Ericsson: that means all of what my engineers use, they can use and all of what they do, they expose to us.

“If we need this correlated data for my internal use case, the brutal transparency we have in terms of trust [ensures that] we are both meaning the same thing.”

Mead credits this “brutal transparency” with enabling them to improve performance on many levels one example being reducing mean time to repair by 24%.

Sekhon says there are four domains in which Airtel wants to apply automation. The most important is operations. Machine learning has helped apply data correlation to alarms. The ultimate aim is automatic resolution of the issue without human involvement using closed loop.More use cases are identified and developed all the time so more events can be handled this way.

Sekhon muses, “We’re not there in artificial intelligence yet, but we have lots of machine learning use cases. Cognitive [AI] is a little far away [for us] even so, machine learning is giving us correlations, which we would not otherwise see.”

Mead adds, “We’ve doubled the amount of automation in the past two years so now 69% of all alarms are automatically correlated and resolved without human intervention. Another 13 or 14% are semi-automated, and the rest still require a human managing the process.”

The next target is to become more proactive, rather than reactive, and focus on performance moving  from being green to amber, where customers might experience some  mild impacted, and from there to red when they really see and  feel significant performance impact.

The next step is predictive actions where we can actually prevent incidents. “Predictive is where we really want to be paired with closed loop automation– then you’re really hands off,” Sekhon says.

Mead says, “That’s where we’re really focusing our efforts and investments right now. And we’re starting to see real examples…We can predict when a cell is likely to ‘go to sleep”. This doesn’t trigger an alarm. Also if the network is about to suffer reduced data throughput, says, then dynamically rebalancing some traffic for a short period of time, all done automatically in a closed.

Mead adds, “These are the things we’re working on…Event-based processes will always need to be there but what will proactive and your predictive processes look like? They are fundamentally different to the world we grew up in which is a very exciting journey.”

Optimisations fixed by closed loop are in the minority, but this is growing and even with partial automation, the field worker despatched to fix the problem has information about the problem.

Network planning is super important. Sekhon explains, “We run every site like a shop – it has to make money, so you have to plan and place it right.”

Decisions about where to build new sites are from diverse sets of data, including counting the number of roofs in the area that would be covered, to white goods deliveries to the area, banking information, and data about schools and post offices. They are correlated to check the site will contribute the minimum threshold revenue.

“Investing in capacity should be it should be just in time: people should not suffer congestion but put capacity in early and you’re wasting money.”

Airtel is keen to reduce human error in deployments through zero-touch deployments. Workers currently send pictures to the sub-contractors. Sekhon says, “We are slowly moving to machine read the pictures to check the installation”.

He sums up, “Operations, network quality, planning and deployment – the cycle has started and we are moving from reactive to proactive and predictive. India doesn’t have 5G yet but we can use this same intelligence and morph it up for early 5G investments…which will be much higher investment than in the past. We also use all this in our fixed line networks for fibre planning and operations.

“We make big investments in these tools, but they are not they’re not very expensive compared to the investments we make in networks, so we feel the business case holds”. This includes running the network at 8% greater loading since the work began.

As Sekhon says, “You can milk your assets much more through investment in automation with the right skilled people…and this is what Ericsson brings to table.”

Mead observes, “People need to be highly skilled – technically competent in technology domains – but also with skills in data engineering and data science be able to work with automations. Automations and networks don’t stand still: they and the machine-learning algorithms need to be constantly lifecycle managed and tuned.”

Sekhon wants Ericsson to share more of its knowledge and experience gleaned from working with so many operators who are broadly addressing the same issues: “Of course it’s a commercial business but Ericsson can share best practices, play an anchor role here in some way like open communities because if I give, I’ll get something back”.

He is optimistic about the potential of telecoms to do great social good, especially since the pandemic demonstrated how much can be achieved remotely and suggests perhaps children in remote areas could benefit from high quality teaching, for instance.

Mead says of the pandemic, “If we hadn’t begun the automation journey some years ago, we would have had a very different challenge to manage over the past year…the automation efforts have really paid off, but it’s also shown us that we can work more flexibly and still collaborate which again is exciting for the future” – particularly as the era of 5G and network slicing in imminent.