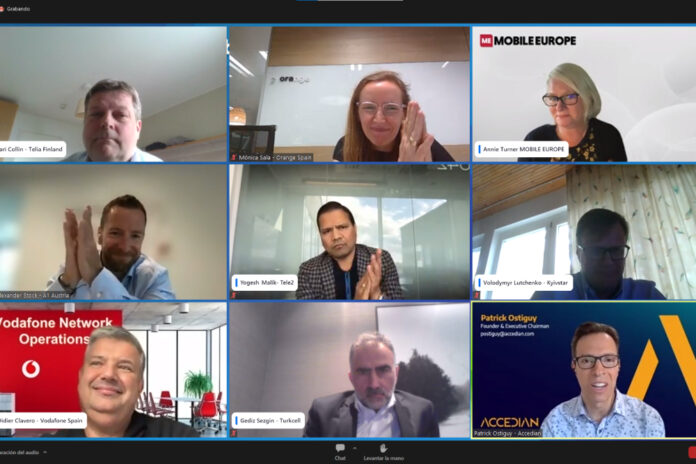 Our congratulations to our three winners in what proved to be a very unsual contest.

The winners were announced after a virtual roundtable discussion (write-up to follow shortly) by Patrick Ostiguy, Executive Chairman of the Awards’ sponsor, Accedian. One thing remained constant – the high quality of the entries and the tough job of picking the winners by the judging panel.

The first ‘first’ was that never before have we chosen two winners from the same group, but we felt that it would be unfair not to chose either one on the grounds that a colleague had won the other. After all, the Awards are about the individuals and the quality of their entries.

Therefore our hearty congratulations go to our Didier Clavero, Group Networks Operations Director at Vodafone Spain, who won the Gamechanger 2022 category. The Award is in recognition of achievements on Vodafone’s Spanish network as well as on fixed and mobile networks across 12 European markets to accelerate automation and more.

The judges also made special mention of the Gamechanging achievements of Alexander Stock of A1 Austria and Jari Collin of Telia Finland, from the shortlist.

The winner of the Trailblazer Award 2022 is Andrea Dona, Chief Network Officer and Network Development Director at Vodafone UK (who was absent). In addition to his pioneering work on Open RAN, the judges also liked the API-enabled Telecoms-as-a-Service designed to allow users to access and consume network services in new and innovative ways.

In another first, this year the judges decided to create a new Award – Above and Beyond. It will be presented, at their discretion, to an Award entrant where appropriate rather than become a permanent category. The first ever Above & Beyond Award goes to Volodymyr Lutchenko, CTO, Kyivstar.

While this Award recognises of the extraordinary bravery and determination of Volodymyr and his colleagues in maintaining communications in Ukraine right now, the judges also want to stress how impressed they are by the network itself, which was built to be resilient and flexible. The quality of their network strategy, design, deployment and operation has been demonstrated in the most difficult and dangerous circumstances.

Our congratulations and thanks to everyone who submitted an entry. Stay tuned for announcements about next year’s Awards – submissions will open in just seven months.

Here is the complete shortlist. Our congratulations to them all.