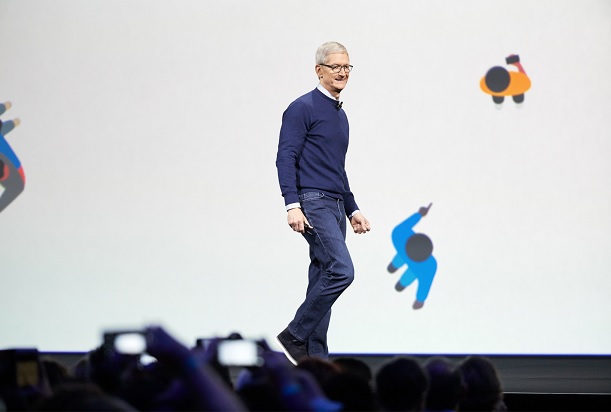 Apple is bringing machine learning and augmented reality to iOS as well as a new connected speaker to rival Amazon Echo and Google Home.

The iPhone maker’s annual WWDC revealed a range of new features for the forthcoming iOS 11.

The new ARKit is a means for developers to build augmented reality experiences using the iPad or iPhone’s camera, processors and sensors.

CoreML is a new framework for machine learning that enables processing to happen on the device and help apps to predict outcomes and learn from experience.

Other tweaks for developers include the ability for existing devices to support Apple’s HomeKit smart home service, and support for to-do lists, notes, reminders, and banking with Siri.

Apple said it had also improved voice quality in Siri, which now offers translation services as well as suggestions according to the usage of Safari, Messages or Mail.

It revealed there are more than 375 million active devices using Siri each month over 36 countries.

Other iOS highlights include the ability to send friends money via Apple Pay and a fully redesigned App Store, which Apple said would aid discovery.

Apple also revealed new features for the iPad, such as quick access to frequently used apps and documents, increased ease in switching between active apps, a cross provider Files app to store documents from any providers and Drag and Drop functionality for the first time.

The developer preview of iOS 11 was launched last night, with a public beta to follow by the end of June and a widespread launch this autumn.

“iOS 11 gives iPad users the powerful app functionality they need to take advantage of everything iPad is capable of, and brings hundreds of new features and incredible updates to the iOS apps iPhone and iPad users enjoy every day.”

Geoff Blaber, VP Research, Americas, CCS Insight, said: “Facebook, Google and Microsoft have all laid out clear visions in 2017 for the role of machine learning and artificial intelligence. Apple responded by consistently highlighting the role of machine learning in its own products, how it enhances user privacy and by launching developer tools. This is the start of a the AI wars.

“Apple maybe late to augmented reality but is stands to deploy AR kit just as the technology hits an inflection point. Apple will play a big part in taking AR to the masses and defining the user experience.”

Six microphones can pick up voice commands and Siri can learn a listener’s preferences, send messages, update news and weather and act as a smart home hub.

CCS Insight’s Blaber added: “It is little surprise that Apple has decided to launch a smart speaker. It can’t afford to yield valuable real-estate in the heart of people’s homes to Amazon, Google and others as access to content, information and search becomes pervasive and less dependent on the smartphone.

“Apple’s HomePod speaker casts fresh focus on Siri and will draw inevitable comparisons with the AI smarts of Amazon, Baidu, Google and others. This is the product that will measure Apple’s progress and whether its stance on privacy hinders its machine learning endeavours.”

It will launch in Australia in December, before coming to the UK and US at a unspecified date.

Meanwhile, watchOS 4 brings integrated Siri support and upgrades to its fitness apps as an update of its wearable OS.

The new Siri watch face dynamic updates according to time of day, routines, latest news and data from compatible apps.

The Apple Watch can also be used to send money to fellow iOS users through Apple Pay.