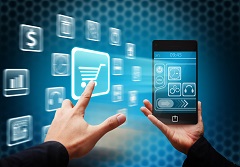 ARM has launched a new software platform and Internet of Things based operating system in a bid to speed up innovation in the sector.

It has teamed up with a range of operators and vendors including Ericsson and Telefónica to build the partner ecosystem of mbed.

It supports standards such as Bluetooth Smart, 2G, 3G, LTE and CDMA, Thread, Wi-Fi and 802.15.4/LoWPAN. ARM said developers would be able to use the OS for free and would be supported by an ecosystem of more than 100 device manufacturers and vendors.

The OS will be available to ARM’s mbed partners during the fourth quarter of this year, with the first devices expected in 2015. ARM said the OS would help companies focus on innovation and differentiation, as well as reducing development costs and time to market.

ARM said a new mbed device server would allow devices to be connected and managed securely, thanks to server-side technologies. The server will be the link between the protocols on IoT devices and developer APIs.

The vendor said the server’s main benefit is the streamlining of integrating IoT devices that produce small amounts of data into the cloud, which then uses big data analytics to sift through the information.

ARM will use its mbed.org site as a community site for the more than 70,000 developers who have been working on mbed since 2009. It will provide hardware development kits, a “swap shop” for reusable software components, reference applications and online development tools.

Simon Segars, CEO of ARM, said: “Deploying IoT-enabled products and services requires a diverse set of technologies and skills to be coordinated across an organisation. ARM mbed will make this easier by offering the necessary building blocks to enable our expanding set of ecosystem partners to focus on the problems they need to solve to differentiate their products, instead of common infrastructure technologies. This will accelerate the growth and adoption of the IoT in all sectors of the global economy.”

Krisztian Flautner, general manager, IoT business, ARM, added: “Today’s IoT devices largely exist in isolation and it has been impossible to realize a truly interconnected world where devices are interoperable with many different cloud services. The ARM mbed IoT Device Platform will solve this by providing a common communication and management toolkit that can be used for a wide variety of purposes. We expect mbed to significantly speed up the large scale deployment of a new breed of both IoT devices and cloud services.”