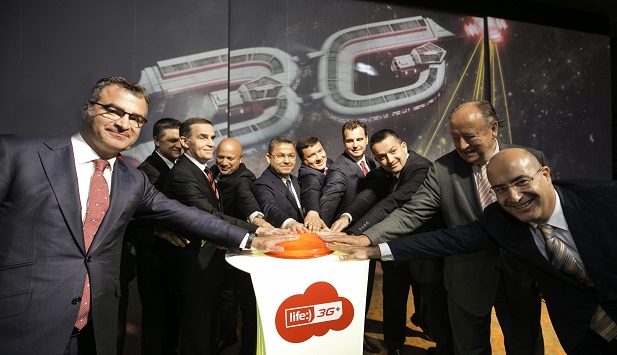 Turkcell subsidiary Astelit has become the first GSM operator to offer 3G in Ukraine, after launching the service through its life:) brand.

The operator is using three carrier technology for 3G, which offers its customers download speeds of up to 63.3MBps.

It paid 3.36 billion Ukrainian Hryvnia (€141.8 million) for the spectrum only two and a half months ago. The auction was held at the beginning of 2015.

The life:) brand started in the country in 2005 and now has a subscriber base of around 14 million. It claimed to be the market leader in smartphone penetration across the country at 36 percent. Around 40 percent of its devices are compatible with the new 3G network.

Turkcell CEO Kaan Terzioglu said: “At the end of 2014, Turkcell had become the first operator globally to offer 3G with 3-Carrier technology with its network update in Turkey. life:) is starting to offer 3G from this very high point which we have achieved a very short while ago.

“life:) is a very important success story for Turkcell’s international presence and influence. It will be our pilot project as Turkcell elevates its relevance in the region and raises its profile on the international scene.”

While Turkcell had success in the Ukrainian auction, it and its rivals have had more trouble in their home market. The long-awaited 4G auction has been pushed back to the 26 August.

The delay followed comments from the country’s President, who said the country should skip LTE and go straight to 5G technology.