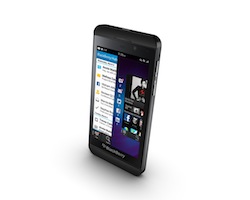 BlackBerry has announced that its portfolio of technology patents and assets are to be brought together in a new business unit as the company continues to move away from manufacturing devices.

The new BlackBerry Technology Solutions (BTS) unit brings together assets including QNX, the software platform RIM acquired in 2010 that formed the basis of the company’s BB10 operating system.

Overall, BlackBerry said it has 44,000 patents.

Former President of Ericsson Mobile and CTO of Sony-Ericsson, Sandeep Chennakeshu, has been appointed as the head of BTS.

He is credited as the inventor of 73 patents during a 25-year career.

John Chen, BlackBerry Chairman and CEO, said: “I am very pleased that Sandeep has joined BlackBerry to lead BTS. QNX, Certicom and Paratek are strategic and technically innovative assets with significant potential to address the much wider global markets for secure, reliable communications and embedded applications.

“Combining all these assets into a single business unit led by Sandeep will create operational synergies and new revenue streams, furthering our turnaround strategy.”

BlackBerry’s move is reminiscent of Nokia’s strategy following the sale of its mobile phone unit to Microsoft earlier this year.

Nokia retained ownership of its Chief Technology Office organisation and patent portfolio following the sale, which it has turned into a Nokia Technologies business unit.