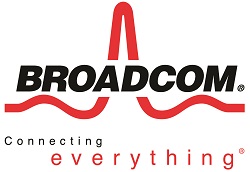 The manufacturer’s new audio SoC can deliver HD audio streaming over wireless networks to compatible devices and is enabled for multi-room functionality and Apple Airplay support.

Broadcom said its BCM43907 chip reduces costs for original equipment manufacturers (OEMS) by having all the necessary functionality integrated into the SoC. As a result, the chip works with a multitude of portable speakers, speaker systems and media players, with dual-band compatibility allowing for “cleaner overall sound” with less interference.

The company also revealed that it had integrated NFC support into its Wireless Internet Connectivity for Embedded Devices (WICED) software SDK.

Developers can now add tap-and-connect functionality to IoT devices based on its WICED platform, Broadcom said. One example the manufacturer gave was that developers could now build in functionality that enabled music streaming apps that launch automatically when a smartphone connected to a speaker via NFC.

Broadcom said the addition of NFC allowed it to support the technology for a wider range of IoT products, adding that it was also ideal for smart home and medical applications where multiple devices are connected and graphical interfaces are not possible or unnecessary.

Brian Bedrosian, Senior Director of Product Marketing at Broadcom, said: ”Broadcom is the first to integrate Wi-Fi and Bluetooth Smart onto a single platform, and today we further distance ourselves from the competition by adding NFC to our WICED software stack.”

“The massive potential of NFC combined with the proliferation of the Internet of Things creates significant opportunities for Broadcom and our customers across a range of growing markets including home, medical, retail and enterprise.”