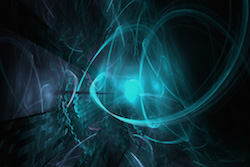 C-Band will fuel 5G in the short term before millimetre wave takes over, new research has claimed.

A new report from ABI Research said the band, between 3.4GHz and 4.2GHz, has been the most common range of spectrum identified by national regulators for use by operators.

Earlier this month, EE used the band for downlink in a pre-standard 5G demonstration demo with Huawei, which was set up to showcase uplink sharing technology.

UK regulator Ofcom had been due to sell spectrum in the 3.4GHz band this autumn but the auction has been held up by a legal row involving BT and Three, which are unhappy for different reasons about a proposed spectrum cap.

French regulator Arcep is also planning to sell part of the 3.4GHz band next year.

Prayerna Raina, Senior Analyst at ABI Research, said: “In the long term the whole breadth of the sub-1GHz to 100GHz spectrum range will be critical to address the various use cases and meet enhanced speeds, latency, reliability, and other 5G metrics in different usage scenarios.

“In the near-term, however, use of millimetre wave for 5G services in 2019-2020 is limited due to technology challenges and global spectrum availability.”

The mmWave bands have been identified from over 26GHz up. Raina said bands over 6GHz were “unfamiliar territory” for operators as technology such as Massive-MIMO differs to that which will be rolled out at millimetre wave. There are also challenges in terms of complexity of the hardware, early design issues and cost.

She added: “Ultimately 5G must make good business sense for operators who continue to battle stagnating ARPUs, rising network traffic, and the need to cost-effectively optimise network management and operations.

“C-band, with the support of new technologies, including Uplink Decoupling, will likely be the dominant 5G spectrum band, since it allows operators to deploy 5G on an existing network grid, rather than spend significantly on new cell sites.”