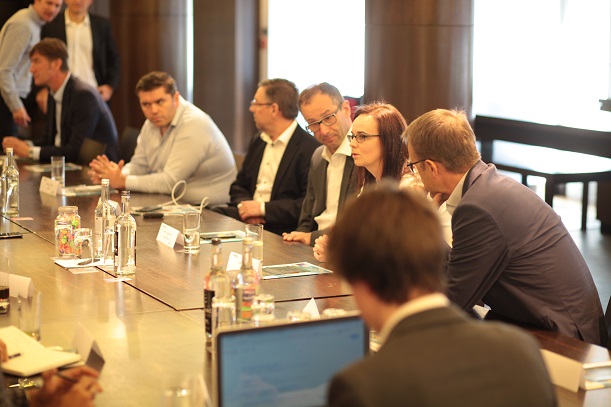 Technology heads from Deutsche Telekom, Orange, Proximus, Tele2 and VEON made the comments at a roundtable held prior to the Mobile Europe CTO of the Year awards, which took place last month.

The Internet of Things also offers scope for the technology, with Orange debuting LTE-M in Belgium and Spain this year, ahead of a wider rollout across Europe.

Maloberti said low frequency deployments of LTE would form the basis of all future 5G deployments, with 2G and 3G refarmed when appropriate.

He added: “We must continue to work a lot on LTE and continue to extend it because in a lot of countries we have not reached the coverage we have with 2G.”

[Watch: Orange’s Alain Maloberti on the need to get 5G right, not rush to first]

Liga Krumina, CTO of Tele2 Latvia, said the decision to shift in earnest to 5G would hinge on customer demand. “Because they are one of the drivers who will require faster speeds maybe that will not be possible with 4G but will come with 5G. So I believe that for LTE, definitely five years is left.”

Brendan O’Reilly, CTO at O2 UK, agreed, adding that operators needed to work to ensure 5G delivered use cases that were a complete break with LTE. He said: “Some of the use cases I have seen are interesting but I haven’t seen anything that says ‘this is the reason to go 5G’. So I see 4G especially in the UK being around for a while.

“I remember listening to a debate a few years ago about when 2G would be done and dusted and I’m not sure we’ve closed that one down yet. So I think it will be around for a while.”

VIVACOM’s Radoslav Zlatkov presided over the Bulgarian operator’s LTE rollout, which only took last year but saw 86 percent of the population covered within 12 months.

He said he expects 2G to disappear first as the company wants to free up further resources for its LTE network.

He added: “We are pushing towards 4G devices and low-cost 4G devices and 3G devices. So I believe that in our country 2G is going to die really fast. 5G depends on the real needs. I think we will still see LTE existing for some time.”

Sascha Zabransky, CTO of Telekom Austria Group, said financial concerns were another factor that influenced decision-making, as well as the importance of relevant use cases.

He said: “In my belief 5G will be a more regional spot-related use-case-driven roll out, and 4G will be there for high-speed coverage.”

DNA CTO Tommy Olenius was more optimistic about LTE’s shelf-life, arguing it would last until towards 2030. This would be largely driven by devices; he said it usually takes around seven years for a cellular technology to reach 80 percent of the population.

This is an extract of Mobile Europe’s CTO of the Year roundtable, which was sponsored by MYCOM OSI. A full report will be included in the next issue of Mobile Europe, which you can subscribe to here. Further extracts from the roundtable will be published in the coming weeks.