Cyber attackers have a Bahrain storm 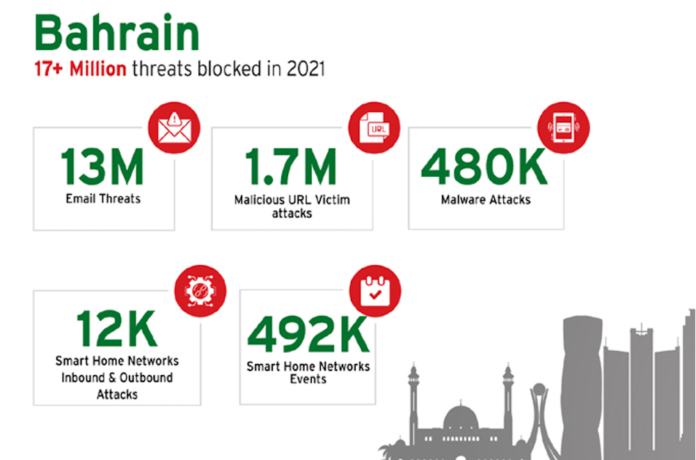 Cybersecurity vendor Trend Micro says ransomware attackers are changing their tactics and targets with Bahrain increasingly the focus, according to figures from Trend Micro’s annual cybersecurity report, Navigating New Frontiers, which released data from the year 2021.

The figures reflect a shift in focus to critical businesses and industries more likely to pay, according to Trend. New extortion tactics ensure that crimnals are more likely to profit from their activity. The growing rate of cyber-attacks on digital infrastructures and individuals is partly a consequence of the modern-day hybrid work environment. Criminals often adjust to change quicker than honest people as they have less baggage. Ransomware-as-a-service offerings have opened the market to cybercriminals with limited technical knowledge too.

Meanwhile, the change in company shape, with more homeworkers and travelling executives wanting remote access to networks, have given rise to more specialisations in crime. There are now ‘initial access brokers’ who have become an essential part of the cybercrime supply chain. Threat actors are getting better at exploiting human error to compromise cloud infrastructure and remote workers. Homeworkers are often prone to take more risks than those in the office, which makes phishing a greater risk, said the report.

“Bahrain has consistently met the hurdles of the evolving threat landscape through the pandemic and many other events that have created a ripple effect in their digital environments,” said Assad Arabi, Managing Director for the Gulf Cluster at Trend Micro. “In today’s hybrid-rich operations, organisations have had to reassess their cybersecurity strategies to meet the challenges of protecting employees in remote locations with access to an enterprise network.”