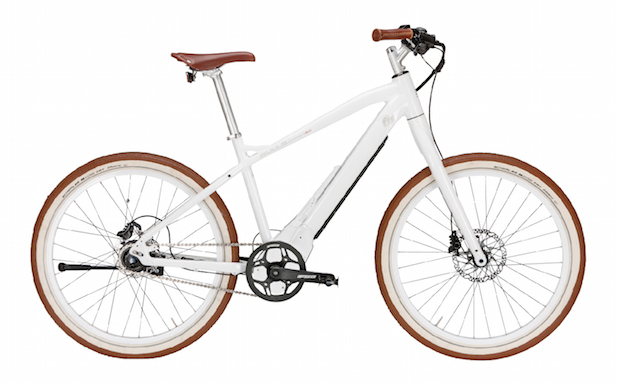 The bike, which will launch in 2017 but is yet to be given a price tag, features an integrated display that alerts the rider if the OBU senses “excessive” braking or tilting. If the bike suspects the rider has crashed, it can send out a text message alongside location data to a pre-defined user contact.

Users can track the bike’s location and check battery level using a smartphone app, which communicates with the bicycle using Bluetooth. In case of theft, the bicycle is able to send out location data to police.

Meanwhile, in-built sensors analyse the bicycle’s condition, include “wear and tear” to wheels, motor and battery.

Customers can also sign up to a remote diagnosis service from Brose and Bulls, which will allow the companies to inform the user of any service work required via the app.

This diagnostic technology is being developed alongside bicycle manufacturer Hercules and is also targeting fleet and delivery bicycles, DT revealed.

Hercules plans to launch the first delivery bikes containing the technology in 2017.

Deutsche Telekom also revealed it is working on a “concealed tracking system” for bikes, set to be unveiled at next year’s Eurobike event.

The Velocate tail light system can be attached to a bicycle’s luggage rack and is fitted with GPS and a Deutsche Telekom SIM card. The system comes with a “pan-European tracking service” included in the purchase price.